I won’t be posting all of my blogs on the sexual assault cases against the adopted boys in Troy, Ohio, but I’m including this one here.  Go to Ohio Adoptee Searches for the whole collection. 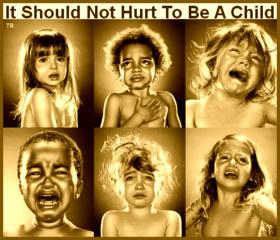 Well, it’s official!  The name of the Dayton, Ohio agency that handled the adoption of four children by accused adopta pedophile and trafficker Kenneth Brant has been published–ACTION, Inc;  full name:  Adopting Children Today Information/Option Network with the tagline. “dreams can come true,”

A few days ago I  heard that ACTION, Inc was involved in the adoptions  but had no documentation and held back until there was verification.. It has now been reported by the Dayton Daily News.(Man used private Dayton adoption agency in alleged child rape, prostitution case)

The Ohio Secretary of State’s business services section verifies that ACTION, Inc. is incorporated as a non-profit child placing agency in Ohio. It’s director is identified as Patricia A. Hill  from New Lebanon, a  Dayton suburb.  The agency itself  is located in a single family home at 6000 Philadelphia Drive, Dayton.  Hill’s name and home address in SOS documents matches a list of Ohio independent licensed social workers. (I am researching  Hill  and the agency’s staff and board which I’ll post when completed,  probably in a  couple days.)

…began in 1994 as an adoptive parent support group.  In 1997, members of the group began the licensing process to open an adoption agency.  ACTION continues to proved pre- and post-adoptive services to families as a 501 (c)(3)non-profit corporation.


Our Adoption Services Include:

The page gives no information about the agency’s qualifications as child placing  entity,  nor does it list the names and qualifications of  the owner/operator and staff.  (older links with that possible information I found on Googledon’t work)  Outside of saying ACTION.Inc is a 501(c)(3), the page offers no accreditation or licensing information, although the Ohio Department of Jobs and Family Services says that it is licensed. An older ODJFS page contained a directory of  Ohio accredited agencies, but the new page doesn’t.

The Action, Inc.page  features two pictures, one of a churchy-looking group of women (the staff? ) and another of a woman ( also in the group picture; Ms Hill?)) with two spiffy-dressed little African-American boys taken in what appears to be a courtroom.

“For more information”  about ACTION, Inc.we are directed to its “full website.” At the top of that page we are informed  Actionadoption.org is COMING SOON to REGISTER.COM which links to register.com for for us to set up our own register.com domain..

While we wait for ACTON, Inc’s full-blown webpage to hatch, we find in its place a cheap list of adoption “topics” with links to other adoption topics and sites that are attached sometimes to the spam marketing pest ztomy.– but nothing about ACTION, Inc. Perhaps this is filler. Bad filler. In fact, when I went to the “full website” yesterday I got filler for video games! I regret not taking a screen shot to post here.

When I began to write this piece this morning, one of the headers, now gone, was called  “Hot Deals,” an unfortunate choice of words under the circumstances. That’s disappeared, and we now have the equally unfortunate “Hot Favorites” which links to among other topics,  “Adoption Child Photolisting” and “Available Child for Adoption.” that connects  to more links which connect to more links. which connect to who knows how  many more links deep into the cyber. hole.  Occasionally, there’s a link to a real webpage, which I assume pays to be linked
.
The curious “full website” contains a search engine, too  Just for fun I typed “ACTION, Inc” into it, and this is what popped up:

Cheap Prices and Huge Selection. Action A Inc on Sale!

So far I have  no sense that the folks at ACTION, Inc are part of a pedophile or trafficking ring  They’re just stupid. 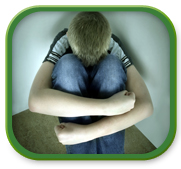 Back at the Dayton Daily News we learn some new information about the  investigation:

—the four children are now in the care of Kenneth Brandt’s mother; the girl who has not been finalized, will probably be returned to Texas for redistribution

–Brant, following the pattern of many adoption./fostercare abusers, was beginning to socially isolate his victims, through alleged home schooling.

I say “alleged” because we don’t know if he actually bothered to. Brandt’s qualification for Ohio schooling under Ohio:  evidence that he had a high school diploma and the submission of “proper curriculum.”

Three is no word yet on what Texas adoption agency, if any, worked the other end. Texas Department of Family and Protective Services says they “will review the case.”  ODJFS, of course, is horrified, by the sexual assaults, especially since it licensed the agency that handled the adoptions, It;s investigating “how the adoption took place.”

Finally,  on March 1, the Dayton Daily News published an article, .Man accused of child rape, describing a little of his personal life and the reaction of his neighbors to his arrest. A couple interesting points are made:

—Brandt, although he did not hold an insurance agent  license in Ohio, owned Brant Insurance Services.  There is no webpage for the business, but the incorporation can be found o the Ohio SOS page.  How he supported himself, unless illegally, hasn’t been revealed and I haven’t found anything yet.

—Neighbors report Brandt was selling his house.  Then, shortly after his arrest, a man and woman were spotted moving out furniture and household items.  The man reportedly told someone (no source of the quote): ” “I’m so ashamed. I don’t have anything to say. ”

—The children were only occasionally seen outside;  neighbors reported that Brandt watched them carefully.  One of the boys was never seen by neighbors..

2 Replies to “Where the Action Is: ACTION, Inc idenfified as adoption agency in sex assault cases”