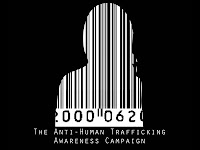 I’m posting this on both sites because of the national implications of the on-going investigation.

Congratulations to the Dayton Daily News for the bang-up reporting it’s doing in the Kenneth Brandt child rape investigation.  I was concerned that coverage would be superficial, but  he Daily News has has stayed on top of things. (I’ve long been a fan of the Daily News’s dedication to actual journalism).  Today’s Child-rape case shows safeguards failed. is an important read.  The long feature contains new information on ACTION, Inc., child shuffling between Texas and Dayton, and Brandt himself.  It brings up the yet-to-be-answered question of whether Brandt was living off foster/adoption subsidies. (I’d love to know how the unlicensed insurance agent Brandt convinced ACTION, Inc that he actually had a job.)

I’m writing another project today that was due last week, and don’t’ have time today to comment much, but I wanted to get something up with a couple comments.

There’s one disturbing piece from the piece I’ll point out here before I go for the day.  According to the Texas Department of Family and Protective Services, in the last seven years “28 adopted children from the state (Texas) have been placed in homes thorough Dayton-based ACTION.”  In 2006, 12% of ACTION’s placements came from Texas.

I believe this child relocation is common, but I’ve never understood why.  I’m no doubt naive, but outside of an occasional  special circumstance (excluding kinship placement), why are foster children shipped across state lines? Interstate newborn placement is bad enough, but the outsourcing of foster children is ripe for sex abuse not to mention government and individual financial shenanigans. 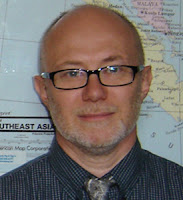 The Daily News interviewed University of Dayton Political Science Lecturer Tony Talbott, who teaches a class in human trafficking. .  He says,  “I’m looking at the news coverage, and the residents of Troy are shocked and appalled, which they should be, but they really should be surprised.  This is something occurring throughout the state of Ohio throughout the United States and internationally.”

We’ve certainly seen enough rot in Ohio to have a good idea what goes on here, most of it protected by “professional secrecy”  promoted by  the self-serving  child welfare industry:  “confidentiality” “privacy” and “child’s best interest.”

As I wrote yesterday, I don’t have any sense that ACTION Inc was involved in any illegal activities, and I’d be highly surprised if they are.  Nonetheless, the agency’s involvement in the placement of at least three boys who were repeatedly raped by their forever father  and his friends needs exposed and investigated.

The Daily News also mentions a series of ACTION, Inc  videos.  (ACTION’s YouTube channel is here.) I found them this morning before I read the article which also references them.  I had originally planned to post a couple today. I’ve now posted three below, introductions by Patricia A. Hill and two staff members.  They are very short. I was quite taken aback when ACTION, Inc director Patricia A Smith introduces herself as the adoptive mother of 22. A Kid Kollector to boot!