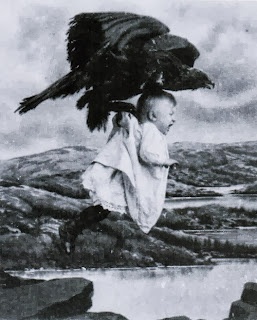 The bill isn’t filed yet, but  it gained traction Monday when the Columbus Dispatch  published:  Abortion foes focus on easing Ohio adoptions

Since the bill isn’t up  yet, we can’t say what it says exactly, so I’m going by the Dispatch report only.  Here, is a  rundown from Mike Gonidakis,  adoptive father of two and President of Ohio Right to Life:.  .

This proposal has more holes than the proverbial Swiss cheese. Two months is far from enough time for ethical post-placement. follow-up and opens the adoption process to corruption, child abuse, and adoption fraud. even more than it already is.  When I was adopted finalization took approximately a year and  a social worker made at least three unannounced visits to our home between my placement and adoption finalization.. That is not too much to expect today. If you’re doing it right, what’s the rush? Combined with the PFR   provision (below),  the shortened time frame is no more than a new way to push dads out of the way and hide their children from them..
My other big concern is the PFR.  There is nothing to prevent a woman from claiming she doesn’t know the name of the father or giving  a false name and contact information for the father, or just refusing to name him at all, or  naming several men as possible fathers (Hello, Maury!)   It  certainly doesn’t require her to tell the putative father that she is even pregnant.   She can just weasel. Moreover, under current law, a man can register with the PFR any time after he has sex with a woman. (according to court rulings when a man has sex  with a woman he’s put on notice). Although some men do get snookered, they currently  have plenty of the time to get on the books if they suspect adoption may be afoot. But since the PFR is unadvertised, does it even matter?.  ORTL needs to look at  the current scandals of Baby Veronica and Baby Deserai  among the latest adoption parade of horrors to see  where this will lead. (For more about the the legal situation of putative fathers and the Ohio PFR go to ericksmith.org

The adoption tax credit sends a very bad message:  adoption welfare.   (What a boon for serial adopters!) What ever happened to  “if you can’t afford a child, don’t have one?”  bringing up the whole “deserving” issue.

I don’t have an original source for this quote, but someone said recently in a tweet,  “welfare cuts + adoption tax credits is redistributive wealth.” ” I couldn’t agree more.

There is, in fact,  nothing in this measure, as far as we know, that offers “opportunities” for women to keep their children.  Or for that matter opportunities for  them to turn their newborns in for adoption, unless you factor in the Draconian legislation that ORTL pushed through last session. These   new measures include diverting   state Planned Parenthood  funds to  evangelical “crisis pregnancy centers.”   requiring abortion providers to  force clients to listen to  fetal heartbeats, and a ban on state-subsidized rape counselors  making  discussing abortion and making abortion referrals. Today the New York Times published a piece covering the full range of Ohio’s  new anti-abortion regulations that explains the climate ORTL believes it has  created for   cheap  and easy newborn adoption.

This bill is really about opportunities to make adoption cheaper and easier for paps..  Goindakis admits as much.  ““We’re trying to make adoptions better, cheaper and faster,”  he told the Dispatch.   “In Ohio, adoption is too expensive, too bureaucratic, inefficient at best, and there is too much hardship and heartache in the process.”
Hardship and heartache  for whom?

I’m writing this quickly to get the word out.   I’ll be writing more in depth later. I’m trying to get a pre-flie copy of the bill or at least a synopsis today.

TWITTER:   Twitter fried my account and I was forced to start a new one.  Besides tweeting The Daily Bastardette I tweet  (and retweeet) about adoption issues, civil rights, freedom of the press,  the corporate state, plus some local stuff. Join me there! Daily Bastardette @DBastardette.

3 Replies to “This is Not Adoption Reform: ORTL says, Let’s make adoption easier and cheaper in Ohio”