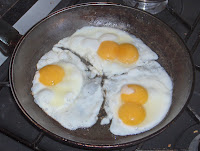 Sunday’s Cincinnati Enquirer ran a front page story on the trials and tribulations of Central Texas resident and skin care consultant (?), Lori Johnson, her pursuit to reproduce artificially, and her lawsuit against Embryos Alive a “Christian” Cincinnati home business run by Bonnie Bernard, her husband Gary, and another relative (relationship unknown) Scott Hasselring. Bonnie Bernard is the founder and former executive director of Care to Adopt and Ohio Home Study She is the mother of a 4-year old adopted from Turgovishte, Bulgaria. (see bio and here for a full rundown of Bernard’s activities and infertility travails).

To read the full story on the suit, click on “print.” Otherwise, you’ll only get the first page. 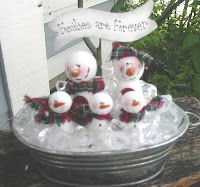 The Embryos Alive webpage is full of airbrushed white wholesome moms with airbrushed white blond blue-eyed babies, happily embedded in pink and blue pastel. The only men shown are in real-life pictures of satisfied dad customers. Below Isiah 43:5 we learn that the business “matches donor embryos with hopeful and waiting parents around the world. Much like a typical adoption where an infant or child is placed with adoptive parents, embryo adoption provides yet another option for loving families — usually saving both time and financial resources.”

Embryo’s Alive’s filing with the Ohio Secretary of State says its purpose is “to provide an adoption service for abandoned embryos.”

If you find an ice cube tray on your porch full of melting ice cubes, call Bonnie quick. If it saves just one…

The Embryos Alive webpage includes a history of “embryo rescue,” (also called “embryo amnesty”!) and a list of Christian infertility support groups. Also, and this is important for window shoppers, a directory of waiting embryos, or embies (or blasts) as Bernard likes to call them. If you see one you like, click it on and you’ll get details. Personally we like the “Ella family:”

The family tried one transfer and froze the rest. They had agreed if they didn’t get pregnant they would adopt which they did and have 2 adopted daughters. They forgot the embryos were in storage until the clinic contacted them.

The lawsuit filed in Hamilton County challenges what Lori Johnson calls “improper procedures” by Embryos Alive. According to the Enquirier:

Johnson alleges Bernard and Embryos Alive defamed her with false postings on the Embryos Alive online support group board, breach of contract and consumers sales laws, fraud and misrepresentation.

To make a long story short… Lori Johnson and her husband, who have already artificially replicated themselves twice with Johnson’s own eggs, wanted a third baybee in quick order (their younger child was 15 months old) so the children could grow up close in age. When informed by her doctor that she did not have enough eggs for treatment, Johnson hit the ‘net for help, and found Bonnie Bernard & Co who eagerly agreed, after meeting with Johnson in Bernard’s Cinci home, to get her the embryos of her dreams.

Johnson accuses Embryos Alive of trying to bypass FDA regulations that require lab work be done on “donated” embryos within 7 days of harvest. Bernard reportedly forwarded health histories, but no lab work. When Johnson and her doctor in Texas complained, Bernard suggested the couple and their doctor request a waiver from FDA regs.

“We cried. I think we didn’t sleep for three nights,”Johnson said. “We were just devastated. Over the course of that week, I let myself believe I was getting five potential babies. ‘Would they be boys or girls?’ ‘Would I have twins?’I was devastated.” 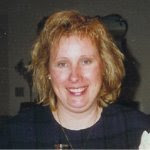 Bernard (left) suggested that she seek an exemption of the FDA guidelines in her case but her doctor said he wouldn’t.His small office couldn’t afford to hire an attorney or deal with the bureaucracy of challenging a government edict.

“She told me to go to another clinic, which was horrifying to me,”Johnson said.

“She e-mailed me back and it said, ‘I’m disappointed to hear this. This is the kind of thing that makes donor families leave us,'”Johnson said.

Johnson continued to e-mail Bernard, seeking other possible embryo donations. She found one donor on Embryos Alive she considered an ideal match and asked Bernard to show her profile to that family.

“She didn’t say anything. She didn’t return my e-mails or calls. No response at all,” Johnson said.

The next day on the online group Embryos Alive uses to keep in touch with donors and those seeking embryos, Bernard posted an item Johnson is sure was about her.

In it, Bernard thanked “the Lori family” for their financial donation so it could help other families seeking embryo adoption. Johnson believed that meant Bernard was keeping her $1,910 in fees-and wouldn’t be helping them adopt an embryo.

This story sounds awfully familiar. Bastardette and others have heard stories and read lawsuits about adoption agency bullying, threats and ponzi schemes for years. Why would embryo brokers be any different? Anything goes when you’re in the baybee making and selling business and your customers are desperate for product. Dan and Elizabeth Case, in Beware BBAS, have documented just such behavior at Building Blocks Adoption Service in Medina, Ohio.

Lori Johnson cries out, “Give me a child, even if I already have two perfectly good children, lest I die.” Unfortunately, for her ego, she gets as much sympathy from Enquirer commenters as if she’d kicked a Walmart clerk in the head for a blender at a Presidents Day sale. She’s already got two kids. What more does this selfish whiney twit want? Or need?

If unpleasantness and avarice are prerequisites for embryo brokering, Johnson and Bernard are a perfect match.

Ring around the karma!

3 Replies to “CINCINNATI: RING AROUND THE KARMA BEGINS IN ALL-ABOUT-ME BAYBEE SKIRMISH”