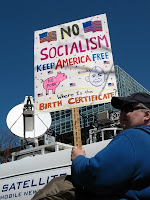 The Birthers are at it again! You know. Those Rushista racists, crackpots, and sore losers convinced that Barack Obama was born in Mombassa, not Honolulu. You know. Those troglodytes who disbelieve the State of Hawai’i’s statement explaining its birth records access law and assuring inquiring minds that yes, indeedy, Mr. President was born there. Not satisfied, in March Florida Republican Rep Bill Posey introduced HR 1503, requiring all future presidential candidates to divvy up their bc to prove they are good ol’ amurkans. Unlike Obama.

To amend the Federal Election Campaign Act of 1971 to require the principal campaign committee of a candidate for election to the office of President to include with the committee’s statement of organization a copy of the candidate’s birth certificate, together with such other documentation as may be necessary to establish that the candidate meets the qualifications for eligibility to the Office of President under the Constitution. 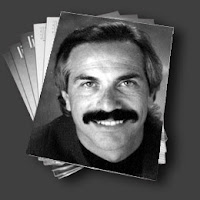 Now comes well-known crackpot Joe Farah, who runs the well-known crackpot World-Net Daily to up the ante. He’s offering $10,000 “to anyone who can provide persuasive evidence of involvement or presence at that birth – whether it took place in Hawaii or elsewhere.”

To collect the bounty, the “subject” must

1. Agree to an interview with WND journalists;
2. Provide persuasive evidence, such as pictures, documents or verifiable details;
3. Agree to a polygraph test

Individual Worldnet readers are also encouraged to donate to the reward fund to fatten up the kitty.

Unfortunately, Worldnet does not allow comments or it would have a big fat comment from Bastardette.

The Examiner.com posted its own article on the subject, $10,000 bounty for any witness to Obama’s birth, much of it taken from Worldnet, featuring a cute pic of Obama as an 8 something and more crackpottery from Farah. There’s also a bonus video of crackpot Alan Keyes yattering that Obama is a “radical communist, ” which is news to Bastardette. Every Marxist we know considers Obama a Bush-lite and whingy DINO.

This evening Bastardette sent the following comment off to The Examiner:

6,000,000 adopted persons in the US today are denied access to their own original birth certificates. Adoptees are routinely denied passports, pensions, government entitlements, driver’s licenses, professional certifications, security clearances, and other normal documents and government favors due to their lack of an original birth certificate. The “amended birth certificate–the state-forged document issued at the time of their adoption finalization that changes the name,parents’ names, and sometimes date and place of birth are rejected for the fake documents they are. I have yet to see birthers complain about this. But then, none of those adoptees is a president or candidate they loathe. If the birthers keep up their insane campaign and win, some of those 6,000,000 adoptees could be denied the opportunity to be president or any other elected position birthers decide is worthy of a birth certificate because the states of their births have sealed the birth records.

Ironically, birthers and their ilk are in the forefront of keeping birth certificates sealed. It really is amusing to hear the great birther whine about not being allowed to see someone else’s birth certificate, when adopted people aren’t allowed, under law, to see their own. Cry me a river, birthers. If Hawaiian adoptees can’t get their own birth certificates, why should you be allowed to get a perfect stranger’s?

That comment, with a small change, is identical to a comment I posted on Politico a few days ago earlier under Glenn Thrush’s Birther Republican running risks?. In fact, I’ve sent off boiler plate responses to birther rants in numerous newspapers and blogs and (surprise!) received the sounds of silence (and not my old friend) for my trouble.

With one exception: “Dr. Cathy,” who we assume is not a reading comprehension specialist, on Politico, (I’m only posting the relevant part. Go to Politco for the full bizarre remark):

Dr Cathy:
If as you adoptees claim above that you cannot get your hands on your adopted birth certificate, not your original, through your own admission, does this not point to the fact that 0bama is unable to produce his original birth certificate because it was sealed? Like yours are. And if his is sealed then would that not demonstrate that we was indeed legally adopted by his second father, Lolo Soetoro, an Indonesian citizen? If 0bama was adopted, as many believe he was, at the age of 4, he would have automatically acquired Indonesian citizenship according to the laws that govern Indonesia. If he was adopted after the age of five, Lolo would have had to outright adopt him, through Indonesian Court of Law, in order for him to receive any state benefit such as an education. His parents paid for his private elementary school education but he attended state run school before returning to the US. So, we know for a fact that he is a dual national – USA and British, and now, as evidenced by your own comments, he was adopted and his original birth certificate was sealed, then he also became an Indonesian citizen, right? So now he has three loyalties – British, Indonesian and USA. Hello?????? The constitution says “natural born” NOT tri national or even dual national or native citizen, but natural born. Why is this so difficult for many of you to comprehend? And why is it so damned difficult to get you, the press,

Unfortunately, comments are disabled after 3 days and I didn’t get around to replying. I’m sure the subject will come up again, though. 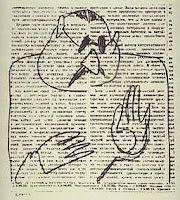 Who, however, really wants to get into a tiresome discussion on short and long form birth certificates, sealed records, raised seals, and who knows what other bureaucratic abominations, especially with crackpots who aren’t concerned that the birth certificates of 6.000,000 US citizens are confiscated by the government and replaced with forgeries. That 6,000,000 US citizens can be denied services that the non-adopted receive for the asking. That 6,000,000 US citizens with their degraded legal status are a ticking time bomb under the national security state that the birthers and their ilk have created over the last 60 years.

You’d think the idea that 6,000,000 US citizens being denied their own birth certificates would trigger some kind of “patriot” response as well…unAmerican. Oh, that’s right! None of us is a president they hate. Yet. What would happen if a bastard with sealed records ran for president? What would they say then? I guess it would depend on the bastard’s politics.

11 Replies to “BIRTHERS AT IT AGAIN: BOUNTY ON OBAMA’S BC”