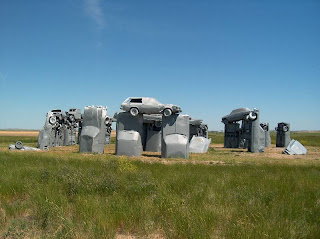 This morning The Omaha World-Herald and other Nebraska media (here and here) report that the state got its first “safe haven” catch since its new and improved law went into effect late last year. The baby, described as “a male Caucasian newborn less than 30 days of age” was dropped off by a family member at the Box Butte General Hospital in Alliance Monday night.

Did we say no questions asked?

“It’s important to gather information like family medical history to meet this child’s current and future needs,” he said.

What ever happened to no shame, no blame, no name?

The press release does not appear on the state’s “safe haven” page or HHS press release page. If and when it does, I’ll link it here. I’ll also update when Nebraska’s self-servers comment on how they saved just one…

Alliance, Nebraska, population 8,959 (2000 census) is located in northwest Nebraska. Before it became Nebraska’s first post-fiasco dumping ground it was known mainly for its replica of Stonehenge constructed from automobiles.

UPDATE: The HHS press release is now up. Click here.