National Adoption Awareness Month is winding down, and today is a good time to post a round-up of 2020 legislative action –if you can call it action. In this Year of Covid-19 it is unlikely that any action, other than the slow death by sine die  (adjournment of the session without action) will take place on any of the few remaining bills. If something does move, I will amend this later and repost it at the end of the year.

2020 started out as a hopeful year for us.  Good bills were introduced and some were moving in our direction when Ms. Rona coughed in our face and the bills went terminal. You can read details, including links to bills and actions on the BN 2020 Legislative page and our individual state pages. Here’s a summary. 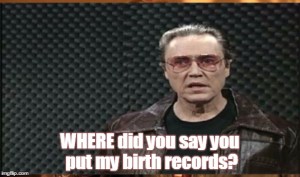 Arizona, Maryland, and Massachusetts Houses all ran bills that passed and were sent to their respective Senates. Unfortunately, the Arizona and Maryland legislatures shut down due to Covid before committee hearings and votes could be taken, and the bills are dead. The Arizona bill was stuck in the Senate Judiciary Committee and restrictions were put on committee testimony and in-person meetings.

The good news from Maryland, however, is that its legislature hasn’t changed; that is, there were no legislative elections this November, so all members remain in place. This means that the bill, scheduled to re-introduced next year in the House which already passed it unanimously this year, will hopefully fly through to the Senate.

The Massachusetts legislature is still open and has met sporadically for the last few months, but there is little chance that the Senate will move on the bill. It is currently in the Senate Rules Committee. Current Massachusetts law allows adoptees to access their original birth certificates without condition at age 18 if they were adopted on or before July 17, 1974, or on or after January 1, 2008., This bill would unseal records for those adopted between July 18, 1974, and December 31, 2008. If there is movement in Massachusetts we will post an action alert.

Connecticut once again was set to hear a bill to fill in that state’s black hole. Currently, the records of those adopted before 1983 are sealed. The bill was referred to the Committee on Planning and Development in February but died when the legislature adjourned.. The measure has had huge support in the last few sessions, and it is expected to be re-introduced next year.

Minnesota HF2906/SF2606 held over from 2019 was the first-ever unrestricted legislation introduced in the state. It was considered a necessary step toward dismantling a complex system that has existed in Minnesota since 1977. The bill was expected to be heard this year but died when the legislature closed.

A bill was introduced in the Rhode Island Senate to lower the age that all adoptees can obtain their original birth certificate without restrictions or conditions from 25 to 18.  It got as far as the Judiciary Committee before the shutdown. No word on what to expect next year.

Tennessee: Joint bills that would have repealed the odious Contact Veto which criminalizes adoptee contact with a birth parent if the CV  is filed. The legislation, however, did not address Disclosure Vetos which would remain in place. Bills were deferred for vote, then sine die.

The Bad and Ugly Bills

Iowa suffered the continuation of last session’s confusing bill process. This once unrestricted OBC access bill contained birthparent redaction “rights” for current and future adoptions that remain after the death of a parent. Sine Die.

Utah enacted legislation that permits adoptees to obtain their own “adoption documents” including the Original Birth Certificate, but only with the consent of a birthparent.

Vermont offered an amendment to the already confusing state law to allow adoption records to be disclosed to adoptees adopted prior to 1961 and public agencies to disclose adoption records concerning an individual after that individual has been deceased for 50 years. Included Disclosure Vetoes and redactions.  Sine die.

Wisconsin: The bill did not authorize the release of the original birth certificate.  Instead, it authorized the state registrar to issue, if available, an unredacted copy of a report of adoption or similar form developed by the Department of Health Services relating to adoption upon request if the requester was the subject of the report of adoption and at least 21 years old, and if 1) the requester’s birth parent’s rights have been terminated in Wisconsin; 2) the requester was adopted in Wisconsin with the consent of his or her birth parent or parents before February 1, 1982; or 3) the requester was born to a surrogate mother and a court determined parental rights SB521. The bill failed to pass pursuant to Senate Joint Resolution 1. Some kind of legislation will be introduced next year reportedly.

West Virginia continued to get bad bills which died before they barely lived. This year’s legislation permitted adoptees at least 18 years old who have graduated from high school, completed the GED or had legally withdrawn from secondary school, or descendants of an adoptee if the adoptee is deceased to apply for OBC. The bill contained a Contract Preference Form that enabled the state to redact birthparent identification at the request of the parent. The bill died when sponsors failed to meet a committee deadline. 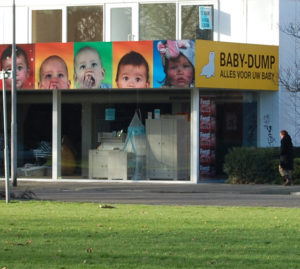 Legislation continued to be introduced to amend current safe haven laws that permit “legalized abandonment” at designated locations such as hospitals and fire stations.

Hawaii saw legislation to authorize funding for a Department of Health public information campaign. The bill died when the legislature shut down.

Indiana HB 1345 was an adoption agency bill that provided that when the Department of Child Services took custody of a child who is voluntarily left with an emergency services provider or in a newborn safety device, (see below)  the department shall: (1) not later than 72 hours after the department takes custody of the child, contact each licensed child placing agency in Indiana and request that the licensed child placing agency inform the department of any suitable prospective adoptive parent for the child known to the licensed child placing agency; (2) collaborate with licensed child placing agencies to identify a prospective adoptive parent for the child; (3) request that the state department of health conduct one or more searches of the putative child registry on behalf of the child before a petition is filed to terminate parental rights with regard to the child, with at least one request being made not earlier than 30 days after the estimated date of birth of the child; and (4) notify an individual identified as a potential father by the registry search that the individual’s consent to termination of the parent-child relationship will be irrevocably implied if the individual does not file a paternity action with regard to the child. The bill died when it failed to make the February 4, committee calendar.

A New Jersey bill to require safe haven information signage in every restroom used by females in public and private elementary or secondary schools for children 12 years of age or older or institutions of higher education within the state; random state checks of institutions to ensure signs are posted was introduced, but went nowhere.  Similar bills have been introduced in the past. 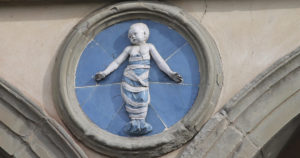 Safe Haven Baby Boxes sometimes referred to as “newborn safety devices” are picking up steam. As of this writing, Indiana has installed boxes 3 boxes and more than 25 more are either approved or in development; , Arkansas 1, Ohio 3. soon to be 4.  Ocala Florida is due for one momentarily, and Oklahoma reportedly has one on the way.  10 newborns have been boxed in Indiana and 1 in Arkansas. in the last 2 1/2 years. In some jurisdictions, no amendments to state law are apparently needed for them to be utilized legally.

Lauren  Book, chair of the Florida Senate Health Policy Committee refused to hear HB 1217, which had already passed the House 115-2 and the bill died at the end of the session. The bill authorized hospitals, emergency medical services stations,and fire stations to use “newborn safety devices ” to accept surrendered newborn infants under certain circumstances; required such entities to visually check and test device within specified timeframes; added locations under which prohibition on the initiation of criminal investigations based solely on surrendering of newborn infant applies. Safe Haven Baby Boxes for Newborns says it has learned that Florida law does not prohibit box use, hence the Ocala box with more to follow.

Georgia HB881 revised the state’s safe haven law to include “legal abandonment” with an ambulance service or in a baby box. The bill included a state government committee to investigate boxes before they are enacted in law. The bill passed the House 168-2-10, but never made it through the Senate when the legislature closed. A similar bill will be introduced next year.

Bills in Illinois, Kentucky, Louisiana, Missouri, and New Mexico  amending those state’s safe haven laws to permit the use of baby boxes under guidelines of their safe haven laws, died when legislatures closed. A bill in West Virginia was introduced but was never even printed before it died.

Indiana passed a  concurrent resolution encouraging education and the use of Safe Haven Baby Boxes in Indiana and awarded a citation to SHBB founder Monica Kelsey for her work.

This year saw the continued attempt in New Jersey to require newly constructed police stations, fire stations, and hospitals to provide a “newborn safe device.”  The bill also allowed the affirmative defense to prosecution for abandonment if parents leave their child in a baby box. Similar bills have been introduced, but like this one, have gone nowhere.
<