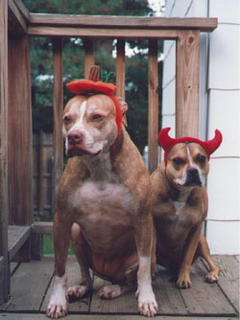 For years fresh-faced adoptee rights activists have asked, “Why won’t the ACLU help us?”

Bastardette freely admits that she, back in the days of yore, also asked that very same question. One would think that an organization that has long stood for the rights of individuals against the state would come to our aid and defense.

Unfortunately, like their NCFA bed buddy, the American Civil Liberties Union does not consider adopted adults responsible or important enough to own our own personal information nor do they consider birth parents competent enough in the art of JUST SAY NO if they truly want to be left alone. After all, unlike ACLU elites who are always rational and in control, birth parents couldn’t even keep their pants on to start with, so what can you expect? As a typical liberal institution the ACLU, pretends to be sympathetic to upstart adoptees (we feel your pain) but acts as mouthpiece for the state (take a mutual consent registry and don’t call me in the morning, you ungrateful bastard!)

The latest attack on adoptees comes from Deborah Jacobs, Executive Director of the ACLU-New Jersey in the April 21, 2005 edition of the Asbury Park Press. Responding to a March 29 letter in the same paper (now in the paper’s paid archives) from veteran adoptee rights activist Pam Hasegawa, who took the ACLU-NJ to task for its aggressive opposition to a semi-open records bill currently in the state legislature, Jacobs sings and dances her way through a litany of ACLU arguments on promises of “confidentiality” and “privacy. ” Couched in reunionist language and ideology straight out of NCFA’s Fact Book 3 Bastardette can almost hear Bill Pierce dictating her letter from heaven:

*A well-established mutual consent registry allows parties to come together on a voluntary basis.”

*Birth parents who do not desire contact from the children they gave up for adoption are unable to speak out against laws that would reveal their names….”

and just for fun…a tinge of abortion paranoia:

*….violating the privacy rights of birth parents many of whom may have hinged their decisions to participate in adoption on an understanding of continued confidentiality.”

Of course, if the ACLU said what it really wants to say–adoptees don’t have a right to their own public records–they’d have a lot of explaining to do, especially during its current battle against the Patriot Act and the Bush administration’s blitzkrieg on FOIA (the federal Freedom of Information Act). We can only assume, then, that the ACLU views adoptees as big a threat to the Constitution as the FBI confiscating library borrower lists.

The ACLU has no official national policy on adoptee rights, but except for two small chapters that passed resolutions in support of open records in the 1980s, it is a long-time enemy of adoptees and their rights. The ACLU refuses to grasp the tiniest twinkling of understanding that records and identity access are about adopted citizens relationship to the state, not about parking yourself on mom’s doorstep on Christmas morning or meeting up with the bios at a fern bar. The ACLU’s misreading of adoptee rights is so perverse–and stupid– that back in 1998, Doug Klunder of the ACLU-Washington (State) Privacy Project sent an email to a Bastard Nation executive stating that in theory his organization would support the sealing of any birth certificate upon the request of a parent:

If a parent objects to disclosure of that information, and there is no
compelling reason to disclose it, then that information should not be
disclosed. The only compelling reason I can see would be the requirement
to provide child support (which obviously doesn’t apply in the adoption
case); once the obligation has been fulfilled, and the child is an adult
that reason would disappear in the non-adoption case as well. In
theory, the ACLU-W would therefore support a bill allowing all
parents to file an affidavit of nondisclosure.

In other words, nobody has a right to know who their parents are nor a need for a birth certificate after they reach the age of majority!

The ACLU’s favorite anti-adoptee court decision, which it loves to reference, is the 1979 ALMA v Melon case which concluded quaintly that “sealed records serve valid state interests in promoting adoptions.” The court, however, failed to say what “state interest” exists in barring adult adopted citizens from their own birth certificates.

In 1997, the Tennessee ACLU supported, though did not sign on as an Amicae, Doe v Sundquist, the lawsuit brought by Christian lunatic Pat Robertson’s American Center for Law and Justice to overturn the state’s semi-open records law. Maybe it was too embarrassed to be seen standing in the same aisle with the Tennessee Eagle Forum, The Tennessee Christian Coalition, the Family Research Council, the American Life League–and of course, our friends at NCFA. The only time, in fact, the ACLU ever pays attention to “adoptee rights” is when these same theocratic gasbags decide that gays and lesbians can’t be allowed to adopt us–and then we suddenly have a “right” to be adopted, still minus our identities. And for the record, Bastardette doesn’t care who adopts what just as long as the objects of the adoption are allowed to get their pound papers when they grow up.

At the time of this writing the ACLU has a headline on the front of its webpage: “Secrecy Used to Avoid Accountability” that takes us to a link about recent oral arguments in its challenge to the Justice Department’s “radical theory” of secrecy in the Sibel Edmonds whistleblowing case. It’s a shame that the ACLU, in its rush to defend the state and the adoption industry it props up, cannot extend that same radical secrecy theory question to state identity theft via sealed records.

The truth is, the ACLU has no ideological leg to stand on in its perpetual war against the adopted. The right to privacy to which it subscribes–except when it comes to adoptees–is based on the protection of individuals from government intrusion, not the right of one individual to remain anonymous from another. Government confiscation of adopted persons birth records, clear and simple, is government intrusion into the most intimate aspects of its adopted citizens: identity.

For years the ACLU has come to “progressive” adoption and foster care organizations and individuals for help, whenever anti-gay adoption or foster care legislation rears its slimy head. It’s about to start again. A few days ago crackpot Texas House representative, Robert Talton introduced an amendment to a foster care restructuring bill that would ban all GLBT foster care placements in Texas as well as start a witchhunt to remove kids already placed with GLBTs, and drop them into shelters– all “for their own good,”” of course.

Now this sucks. Seriously sucks. And no doubt at some point, the ACLU will once more bring its leaky bucket to the “progressive” adoption industry and beg it to carry its water for them.

Bastardette has a radical suggestion: Just say no!

Tell the ACLU to go find another buffalo. Adoption and foster care organizations that support “openness” in adoption simply need to tell them:

NO OPEN RECORDS.
NO HELP.