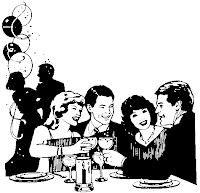 The National Council for Adoption is not a part of the official National Adoption Awareness Month coalition. (I got this from the horse’s mouth!). But it does use November to promote adoption and to fund raise. (Is NAAM about anything else?)

This year’s NCFA’s 30th anniversary Bow Tie & Pearls Gala will be held November 18 at The Willard (Bastardette’s all-time favorite hotel- NCFA discount price:$349/night). The cost of gala and room, unfortunately, precludes the possibility of me attending.
Bastard Nation’s vast coffers may well have bought the 1999 passage of Measure 58 in Oregon (Bill Pierce says we did, so it must be true), but I think our treasurer might balk at signing off on a $15,000 Gold Sponsor ticket. Not that L-d-S Family Services, who’s coughing up that amount, doesn’t deserve a seat next to me. Or for that matter, Gladney and Bethany who are cheaping out as $5,000 Silver Sponsors.
The Silver Sponsor list also includes the awkwardly worded Mr. and Mrs. Robert Parker and Mona Charen. I had to read this several times. Last I knew Mona Charen is Mrs. Robert Parker, not a third party in an open marriage. 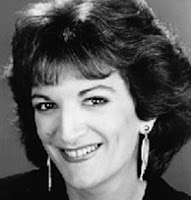 Charen is a conservative columnist for Creators Syndicate where she lectures non-stop on matters of politics, foreign policy, culture, feminism, gays, Hillary Clinton, President Obama, and terrorism. As an adopter, she is an expert on adoption. Twice she has taken the opportunity to flog Bastard Nation and adoptee righters as uppity adoption haters.
In October 1998, Charen wrote What “Measure 58” Would Do, a scary look at bad bastard behavior guaranteed to ensue if obc access were restored in Oregon. Ungratefuls run amok. The column is not available directly from the Creators website, but is archived by The Jewish World Review which has published Charen for years. I don’t know if the graphic of a big gun in the hand of an angry white man was Creator’s idea or JWR‘s publisher, though a suspect the latter.
In a mere 715 words, Charen manages to corral bastards, feminists, queers and the disabled into a dangerous gang of twitheads cleverly claiming the term “rights” as ours so we can avoid serious debate about “competing considerations.”
When it came to the civil rights of black Americans, rights talk was just and necessary. But its later offshoots, like the “rights” of women, homosexuals, the disabled and now adoptees, are terribly misconceived. All of the questions these groups would foreclose are far better sorted out as matters of policy than pre-empted as matters of rights.

Personally, I’d like love it if sealed records were nothing more than a matter of policy. It would be much easier to fix . But since states have enacted laws to seal records it’s a bit more than “policy,” especially when people in Charen’s camp demand birth certificates be sealed to protect “birthmothers’ right to privacy.” oops! 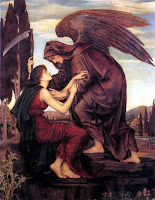 restoration of adoptee rights = the death of adoption.

Advocates of total openness assume that confidentiality was an artifact of a bygone era when illegitimacy was shamed. Since we no longer attach stigma to unwed childbearing, they say, why make adoptees feel that there was something wrong with the way they came into the world?

Whether or not shame attaches to the birth mother’s decision, she is entitled to privacy. Surely the heroic decision to bear a child and place him for adoption is entitled to the same protection in law that the decision to abort is granted. To change the rules for one and not the other is to weight the adoption decision unfairly and to tilt public policy away from adoption. 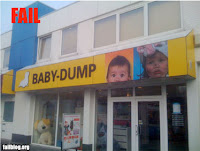 Two years later, Charen was at it again, this time over baby dumping, claiming Bastard Nation is “anti-adoption” for opposing “safe haven” laws. In her not-so-clever attempt to smear opponents of “safe haven laws” she wrote:
Bastard Nation and other adoption opponents also object to laws that make adoption of unwanted infants easier. And some misguided conservatives actually argue that offering this anonymous option for mothers will encourage irresponsible sex.
Of course we are grateful for Charen’s free publicity and her hysterical response to those opposed to child abandonment is amusing. BN’s membership varies and at no time have we ever said we are anti- or pro-adoption. Nancy Becker, then BN Georgia State director, responded to Charen in the Atlanta Journal Constitution, where the column also appeared:

Bastard Nation does not oppose adoption. However, we do oppose feel-good laws that legalize abandonment.

It might be fun to chat-up Mona over mint juleps at the Red Robin. 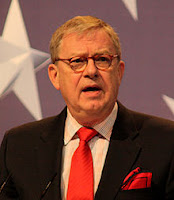 MC’ing Bow Tie & Pearls is political writer and Fox News talking head Michael Barone. I’m not sure what his connection is to adoption (if any) is, but he almost always looks distressed on TV. During the 2008 election Barone claimed that reporters trashed Sara Palin because “she did not abort her Down Syndrome baby.”

Inhofe is famous for saying during the investigation of torture at Abu Gharib that he was “outraged by the outrage” over the revelations of abuse. He claims that his family has never had a divorce or a homosexual, and supports a Constitutional amendment to ban same sex marriage. He believes the US should support Israel because the Bible says so. 9/11 according to the senator, was divine retribution for US failure to fully support Israel. (NOTE: Can’t NCFA get somebody less embarrassing than this guy?)

Landrieu is Ms AdoptaPol USA. There’s no adoption proposal in the Beltway that she doesn’t have her fingers on and in. She is the sponsor of two current major adoption bills: Promoting Adoption and Protecting Responsible Fatherhood Act (939) to establish a federal putative father registery, which, as written, causes more harm than good; and Families & Orphans Act of 2009 (S1438), a new way to scoop up kids in faraway places with strange sounding names.

If kicking out the jams with Mona, Mike, Jim, and Mary doesn’t excite you, how about the live auction? Top prizes are a trip to Villa Bella Vita located in the Pelican Key Estates neighborhood of Dutch St. Maarten (rental: $14,000/week) and a family ski vacation to Utah’s Silver Lake Village valued at $8,000. Gee, I wonder who donated this! I’m having a problem with linking those, but you can find them by clicking the Black Tie & Pearls link at the top of this blog.

If your tux is lost at the cleaners or your pearls are in hock, and you can’t make it to the Willard anyway, you can still help out by purchasing raffle tickets online. (Go to Black Tie & Pearls link) 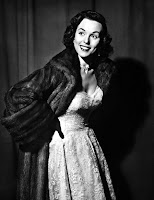 Paloma Picasso is always to die for, but for sentimental reasons I’m going for the Piccards. See, a long long time ago, Lucien Piccard watches were one of The Big Payoff’s payoffs. I always wanted to be Bess Myerson, but minks are so un-PC, so I’ll go for a legendary watch which is also guaranteed manufactured with conflict-free diamonds.

TA-TUM: Finally, comes the annual NCFA adoption service awards. Don’t worry! Neither your nor I are getting them. 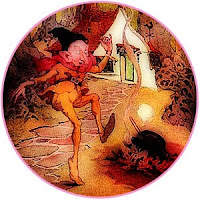 The Friend of Adoption Award: =http:>

One Reply to “Stylin’ with NCFA: Bow Tie & Pearls Gala for Adoption”