Bastardette has a long-standing love affair with Ontario. As a very young Bastard she was an occasional visitor to Sarnia (especially Scot’s Department Store) and when she grew up she spent a substantial amount of time with a gang of Ontario party-heartiers out of the Chrysler-Windsor plant and Point Pelee via the historic Goose Lake Festival. The former Mr. Bastardette (Mr. Bastard to you) lives in Revelstoke, British Columbia now with his third wife, so I shall reserve my opinion of that province for another day. 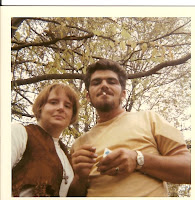 It has therefore been quite disappointing to see Ontario take the lead in North American bastard-baiting-hating and incessant fear mongering over the right to access.

The government of Ontario, represented by its wacky “Privacy Minister” Ann Cavoukian, has spent an inordinate amount of time and taxpayer money educating Ontarians to the dangers presented by the province’s Adopted Class. From claiming that some of Ontario’s first parents would commit suicide if The Adopted were to be treated identical to the Not Adopted--vis a vis allowed to own their own birth certificates under Bill 183–to accusing them of trying to shut her up, Miss Cavoukian has portrayed us as dangerous, crazy, street-running fascists poking our big noses into somebody else’s bedroom and skirts.

Here’s the text of a crocodile-tear drenched May 16, 2005 letter to Anne Stokes, Clerk of the Standing Committee on Social Policy, whining about us. And here’s an article from the Toronto Star in which Cavoukian claims some first mothers would commit suicide if their names were divulged to their unwashed bastards. Also go here and here for other accounts of Cavoukian’s hissy binge. (It appears that the Information and Privacy Commissioner’s page has either erased Cauvoukian’s most egregious comments–for privacy reasons, of course–or the URLs have changed. Whatever, some links I used earlier are no longer valid, and I’m forced to used secondary sources.) 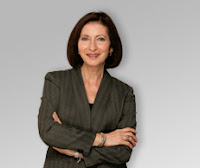 Here’s Ann flipping out when some Ontario bastards filed suit claiming her statements about the Adopted Class breached a provision of Ontario’s Human Rights Code Following her usual MO, she wrote the response before she even read the complaint. How dare those saved-from-the-dumpster home wreckers dare to “silence” her, an over-academically credentialed, duly constituted representative of the government of Ontario and a certified privacy nanny? Auchtung!

This kind of complaint represents a grave threat to the public’s right to hear and participate in a vigorous public debate. Further it could have a chilling effect on the free speech of all Ontarians. Anyone advancing a dissenting view could be vulnerable to this kind of legal proceeding.

Eventually Bill 183 passed, went through teeth gnashing and court vetting, and as expected, Ontario continues to stigmatize adoptees and their first parents as a danger to each other, this time with new and improved disclosure and contact vetoes so dearly beloved by Dr. Cavoukian The Armenian Devil.

Things have been pretty quet, though, as regs were being written.

Then a few days ago, Ontario papers published a 1/3 page ad from the Ontario Government, which also appears on the Canadian government’s adoption information page warning adoptees and their first parents of their impending doom:

HAS ADOPTION TOUCHED YOUR LIFE?

If you were involved in an adoption in Ontario, you need to know about an important change to your information and privacy rights.

Effective June 1, 2009, Ontario adoption records will be opened. This means adopted adults and birth parents will be given access to identifying information from birth records and adoption orders.

If the adoption order was made before September 1, 2008, adopted adults and birth parents can file a disclosure veto to prevent the release of the information.

If you want your identifying information to be kept private, you should file a disclosure veto before June 1, 2009.

Paid for by the Government of Ontario

Note that the government failed to mention something that might actually be helpful to those who want their records and other ID information and whose first parents want them to have them (and visa versa): a contact preference form is available. You have to go way over here , past the strum und drang, and scroll down to find that information. Why, you’d think the government wants the public to believe we’re a bunch hatchet killers.

Be sure to check out the video too, for the odd picture of martini sipping reunionists. Or maybe it’s a victory patio party at Cavoukian’s. 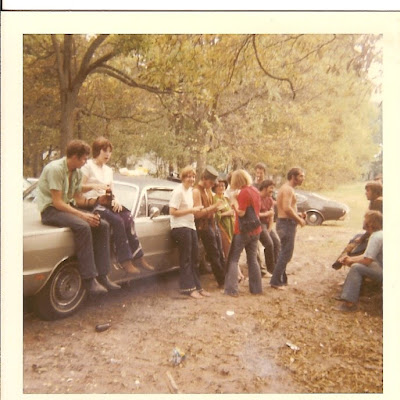 Not a martini sipping reunionst party 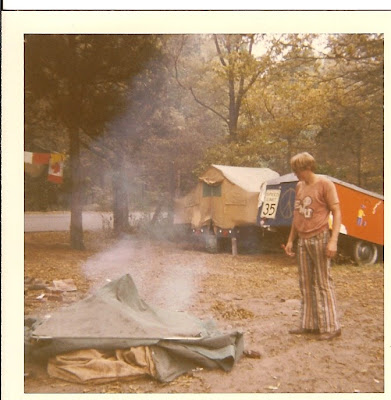 Tent burning: a fine old Ontarian custom. And he’s not even a bastard–as far as he knows.