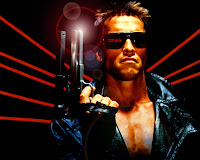 For the third year running California Governor Arnold Schwarznegger has vetoed a bill that would expand the age at which babies can be legally dumped under the state’s “Safe Surrender” law. AB 2262 would have extended the age from from 3 to 7 days.

Here is the governor’s veto message

To the Members of the California General Assembly:

I am returning Assembly Bill 2262 without my signature.

I have vetoed similar measures twice before and there is no new data or information to support a change in my position. California’s Safe Surrender Law is carefully crafted to provide an emergency alternative to a woman in crisis while also preserving the fundamental rights of the child.

For this reason, I am unable to support this bill.

The bill was opposed by veteran “safe haven’ leader and promoter LA County Supervisor Don Knabe. I haven’t found a statement from him regarding the new veto, but in his May 2008 “monthly message” he wrote:

Unfortunately, for the third consecutive year, the success of Safe Surrender is again threatened. Right now in Sacramento, lawmakers in the California State Assembly are debating a Bill that would do far more harm than good to Safe Surrender. Assembly Bill 2262 (AB 2262) would change the time to anonymously surrender a newborn from 72 hours to one week.

It is the same Bill, authored by the same Legislator, which has been successfully defeated the last two times it was proposed. Key to those defeats was vetoes by Governor Arnold Schwarzenegger in 2006 and again in 2007.

When he issued his original veto, the Governor expressed a concern that is still true about the current version of this Legislation: extending the Safe Surrender time period is a dangerous move. Research shows newborns are at the greatest homicide risk during the first day of life. The Emergency Pediatric Care Journal reported that 83 percent of all newborn deaths occur shortly after birth. There is absolutely no scientific evidence that extending the surrender window to one week will provide additional benefits to newborns.

An extension from 72 hours to one week could also lead to serious medical issues for these newborns. Access to quality medical care in the first hours of life is an absolutely critical component of the Safe Surrender Program and it will be placed in jeopardy if this new version of the same old Legislation passes. That is a risk we simply cannot afford.

So how can you help? Join me in my fight against Assembly Bill 2262. Contact your legislators and tell them to oppose it. Tell them there are ways to improve Safe Surrender by providing funding for outreach and education programs rather than trying to cast a wider net by moving the 72 hours up to one week. Tell lawmakers it is worth fighting for – we need look no further than the 67 children that are alive today in Los Angeles County for proof that this program is working. 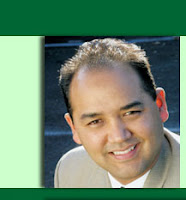 With a simple extension to seven days, my bil would have given mothers more time to deliberate and possibly reduce the likelihood that they will act impulsively in a manner that endangers their child’s life…

and the tantalizing close:

My bill addressed the serious problem with this program, including misclassifications, disclosure of sensitive data and other improper actions.

California needs to repeal it’s baby dump law. Nonetheless, Schwarznegger has the good sense to see the danger in expanding the law.

California: At least it’s not Nebraska!