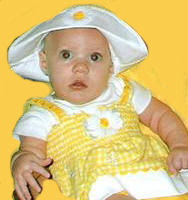 Stephanie Bennett went back to court a few days ago. Musing Mother has an account.

This morning Stephanie went to court. Apparently, Todd Kolarik decided that he couldn’t trust anyone who doesn’t sleep with one of the sisters, so he went too. He had the nerve in court, to call Stephanie Bennett a liar. This from the man who is the attorney for the agency that has no less than 40 violations including Child Endangerment! This from the man who can lie in court and not blink an eyelash! In a way, though, it turned out to be a good thing, since it allowed Jennifer the opportunity to mention the a)polygraph test that Stephanie passed and b) the DNA tests that they are waiting for the results from. Oddly, Todd Kolarik had forgotten to mention those things. Hmmm is there such a thing in the law as lying by omission? There was at our house.

The Ohio Jobs and Family Services’ hearing on a Child’s Waiting is scheduled fr a 3-week run starting June 2. I plan to attend most if not all of them. Bobby Cutts’s murder trial didn’t take that long!

I wonder what Evelyn’s paps think about this. Would they buy a used car from ACW after this?