On April 30, the Ohio House Health Committee held another hearing on HB7. The hearing was dedicated to the testimony of the state’s “special class,” the Sealed and Secret Generation (1964-1996) of adoptees and natural and adoptive parents from that era who support the restoration of obc access language to the bill.

MEA CULPA!
It’s taken a long time to write this promised entry about that hearing. Perhaps because of the sheer overwhelming anger that I and the people involved on the right side of HB 7 feel right now. 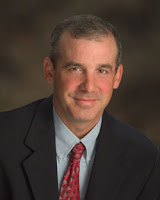 I originally intended to write a review of the testimony, quoting significant parts from some. (Much of the testimony is archived on the Adoption Network Cleveland HB 7 page, and quotes below comes from those documents.) But the real story lies in the dismissive behavior of prominent Health Committee members, particularly Matt Huffman (R-Lima, right). Only in office since January 2007, Huffman appears to wield an awful lot of influence, or at least acts like he does so that people hop-to at his whistle. I’ve been told, but not heard it from Huffman directly, that he’s claims if the Sealed and Secret Generation get their records, the Republicans will lose the House in November. Who knew? Apparently Cincinnati and Ohio Right to Life (other paper tigers) will be so aggrieved if their wishes aren’t followed that they will throw their support to…liberal pro choice Dems. Who knew?

In other states, committee members understood the significance of the debate–even if they disagreed with us, and voted us down. They listened. For the most part they asked intelligent questions. But Ohio is “special.” From the reported eye-rolling of Rep. Huffman during my testimony (I was unaware of it, but Dawn Friedman who also testified that day, blogged about it*) to the April 30 walk-out of most committee members, which began in mid-testimony of the first witness, Ohio adoptees and their families were given a pat on the head (if we were nice) a lecture (if we weren’t) and finally shoved off the plank.

But maybe I’m wrong. Maybe they DO understand our significance, and just pretend they don’t, so they won’t have to deal with us and “our” bogus political “consequences.” If they wait long enough we’ll just die off. Or maybe we’re just easy scapegoats.

Whatever is going on, what can I say about a posse of elected officials who find us so insignificant or selfish or dangerous or vile that they can’t even sit through their own hearing with us. By the end of the hearing, I doubt if a quorum were present. If it weren’t for the aides who stuck around, witnesses would have been chatting up themselves. (NOTE: I want to make it clear that not all committee members are jerking us around. But the significant number who are, and make no bones about it, make the access passage impossible this term.)

HOW INSIGNIFICANT, SELFISH, DANGEROUS OR VILE?
Here are the people the committee walked out on: 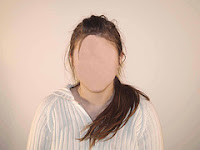 QUOTE: It is time. It is time to bring truth and honesty to a topic that has been shrouded in secrecy fear and even deceit for too many years. It is time to loose the bonds of injustice pertaining to adoption birth records and afford all adoptees easy access to their heritage. It is time to open the files.

CRIME: Called adoption “the ultimate deception of my life.”

QUOTE: Don’t take away the rights of the children who did not make the choice to be given up for adoption; in the only type of adoption offered at the time.

QUOTE: Should we be stripped of our rights to our own biological information in favor of “protecting” the privacy of the birth parent; the number of people who are also stripped of their rights is exponential. I do not believe that restricting our access to our own records “protects” anyone nor does it guarantee any sense of “privacy;” there are other ways to locate a birth parent. All that restricting our rights as adoptees does is to leave a minority group emotionally scarred and disenfranchised.

CRIME: Being pro-life and pro-adoptee. 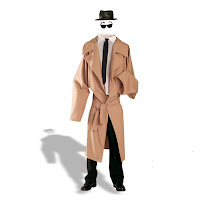 NOTE: Reunited son is also natural father. (I didn’t catch his name, but he also testified).

QUOTE: (From first hearing) I could petition the court, but depending on the judge’s interpretation of the “good cause” portion of the post-1964 access law, I run a real chance of wasting my money and time. There are 88 courts in Ohio and 88 opinions on what constitutes “good cause.

CRIME: Doesn’t know what she is talking about

CRIME: Dedicating her life to adoption accountability, transparency, and adoptee civil rights; owns her own obc.

QUOTE 1: Distorting factual information in favor of the parents makes children of abuse and abandonment not only victims of our parents, but victims of state bureaucracy as well.

QUOTE: I find it a grave disservice to our democracy, when the government distorts factually historical information. I reject the notion of changing history in order to protect the “rights” of parents who have abused and neglected their children. Clearly, the child is the only one who loses and it is a sad state of affairs when the state continues to exploit the rights of children who have already experienced abuse or abandonment.

QUOTE: What does this (abc) look like on paper? It means the parental names, information
and age are fraudulent. To a bystander this may not appear to have deep consequences for a baby. I assure you there are. For an older child, for me who’d accumulated ten years of history prior to being adopted, this piece of paper resonated as insulting and absurd. In this situation and others where the child knows very well the identity of biological parents and siblings the violation feels much more preposterous.

SPEAKING OF RESPONSIBILITY…
Health Committee members have received hundreds of emails, letters, and phone calls in support of the restoration of adoptee rights in Ohio. Not one individual or organization has testified at a hearing against access. That’s the way it is in Ohio. Cincinnati and Ohio Right to Life and their cronies sneak behind the public, sneak behind closed doors giving no opportunity for “official” rebuttal or face-to-face discussion. Why are special interests that have nothing to do with adoption calling the shots? Why do politicians let them call the shots? Do the people of Ohio have any input into lawmaking? What dank political swamp have adoptees tripped into?

Anger always bubbles just below the surface at obc hearings, but there was something very different about the April 30 anger. I’ve been putzing around for the right words for days to describe it, which is why it’s taken me so long to publish this. All I could come up with was something along the lines of “In other states we are supporting a bill already in place, that (unless amended) will restore our rights. Sub HB 7, with no explanation, inexplicably removed the possibility of that right presented in the original bill and nobody will say why. The Health Committee, for secret reasons, made a deliberate decision to delete adult adoptees from the political landscape–removed hope.” Not real articulate.

My good friend and colleague, Baby Love Child, however, has come up with exactly what I spent days trying unsuccessful to formulate:

Leaving the substitute bill “as is,” i.e. without records access, is not a passive stance. It is to support a bill that once had access in it, only to have it struck out and eradicated in the substitute bill. This is an ACTIVE erasure of adoptee right to equal treatment under Ohio law.

Yes, the Health Committee, or more concisely Matt Huffman and a few ORTL mouthpieces jackbooted OUR rights for their own agenda. (BTW, Huffman told the January hearing that when he handled adoptions he told women whom he feared would abort that records would remain sealed and their identities hidden.) The committee made it quite clear last week that in Ohio adopted people and their families don’t count. Access is a dead horse.

UPDATE
OBC access should never have been included in HB 7. It and its substitiute bill are big bills, a hodgepodge of adoption and fostercare reform. This same jumble happened in 1995 with the omnibus HB 419. These large bill contain a lot of things that many of us strenuoulsy object to. The HB 7 situation is no different with its addition of adoption marketing schemes and natural parent recruitment. (Not enough newborns have hit the market lately). We want accountability for all. We don’t want future generations to run on our hamster wheel.

I attended the May 7 hearing. Sub HB7 was scheduled to be voted out of committee without access language. Flogging the dead horse I testified and invited interested legislators to work with us to craft a new separate bill. I also invited them to meet us in NOLA. Interestingly, since this hearing was really about other parts of the bill not us, nearly everyone remained seated and attentive. No one rolled their eyes at fostercare horror stories. They made intelligent comments. They didn’t pat anyone on the head. The final vote was carried over until next week, however, due to a poorly worded amendment regarding “childs best interest” that confused everyone–except its author… Rep. Huffman.

Records access is dead in Ohio. . It could be revisited in the Senate version of the bill, but what’s the point? There could be some big changes downtown after November, and that’s what we have to work with.

Sealed records are anti-adoptee and anti-adoption. Until a final vote is taken, keep on contacting the Health Committee members and ask them why they oppose adoption.

______________
*Dawn’s blog on the incident is gone (Dawn, can you give me a link) but Jenna Hatfield references it here in her blog, “And we wonder why ethics are hard to come by.” Dawn has also blogged about current HB 7 mess with a good analysis of what Ohio politicians ae saying to women and adoptee adults. And it’s not nice!