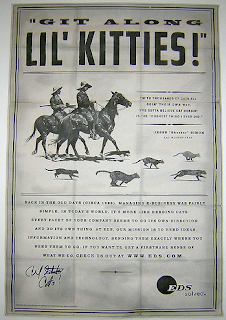 Herding cats! That’s what the Nebraska Big Kid Dump has turned in to.

Just a few minutes ago, Nebraska HHS announced that a 15-year old girl was dumped off at Creighton University MC. There are no details yet, and news reports don’t say any more than the state-issued press release here.

I intended to blog today about the Georgia case. There’s some pretty amazing reporting on it in the Atlanta media. Hopefully, that will go up later today.

And honestly, I’d like to write about other things, but this it’s important to get this stuff out. Everything we said would happen has come home to roost.