MAY 4, 2006–Today the Joint Committee on Families and Children, after early promises that SB 959 was a no-opposition no-brainer, passed a “pragmatic compromise” bill gutting the intent of the original by creating an adoptee class system of haves and have nots.

The amended version of SB 959 is not yet online. But, according to the letter from Rep. John Lepper (below) adults adopted in Massachusetts prior to 1974 and after 2008 will be “allowed” to get their birth certificates. The blackholers–those unfortunate enough to have been dumped on the adoption market at an arbitrary inappropriate moment in history–will be denied the natural right to identity and the unrestricted legal right to their own birth certificates if their former parents object. Unless, of course, they want to grovel before a judge and beg to be treated not only the same as the non-adopted, but the worthy adopted.

The amended SB 959 is NOT an adoptee rights bill.

The amended SB 959 is NOT a records access bill.

The amended SB 959 is a table scrap thrown to do-gooding keep-your-mouth-shut deformers to shut them up. After all, if “most” adoptees can get their records, what’s the big deal? ” You can always come back and pick up the rest later. “

Here in Ohio we’ve had this despicable class system since 1964. The General Assembly has rejected repeated attempts to pull out the blackholers. In 1995, in fact, to sweeten the pot, deformers gave up the post- ’63 s and accepted a compromise to create a disclosure veto for post-September 15, 1996 adoptees, thus, letting the state execute a legal contract with birthparents at the time of surrender guaranteeing that birth certificates will never be released to dirty little secrets without their ex-parent’s consent.

No other parent or adult has the “right” to stop the state from releasing a birth certificate to the person it belongs to–unless that person is adopted. Obviously, we’re the special ones! We enjoy a special right to be treated different from everybody else. After all, we could have been tossed in a dumpster. Birth secrecy is for our own good.

I diverge a moment: Massachusetts birthmothers (in AdoptionLand birthdads don’t count!) happily joined adoptees in the battle for a clean SB 959. All birthmothers who testified before the Joint Committee supported full and unrestricted access to birth certificates. They testified repeatedly that no “promises of confidentiality” were ever made to them nor did they want such promises . Ideologistic promises that need “protected” exist in the patronizing misogynist imagination of legislators who see birthmothers as weak, fragile, incompetent, and unable to control their personal decisions and relationships without the back-up of state thugs. 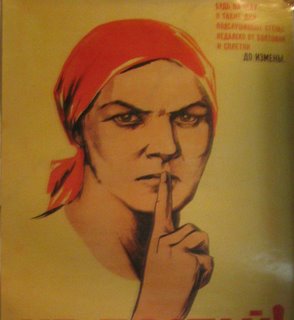 The Massachusetts attack on adoptees is not unexpected. SB 959 sponsor, San. Fargo and her aides have repeatedly refused to talk to records access advocates inside and outside of Massachusetts, as has committee chair Karen Spilka and her staff. Bastardette has been told that even influential child welfare organizations were kept out of the loop. The debate was left to rumor, and stakeholders left holding the stake with no where to pound it.

SB 959 is about legislators’ business.

B 959 is about legislators and their agendas. mythologies and friends in high places.

To hell with adoptees!.

According to Rep. Lepper, SB 959’s next stop will be the Senate, so there is still time to kill this abomination. SB 959 in its new and improved form needs to die a quick death–or be amended back to it’s original pristine form– an unlikely occurrence.

If anybody in the Senate wants a clean bill, then they’d better be willing to talk to us. Now. Otherwise….

Killing SB 959 will no doubt make Bastard Nation, MARTA and anyone else who believes in authentic adopta-equality adopta-pariahs.

A bad law is not better than no law.

A favor is not better than a right.

No adoptee should be left behind! 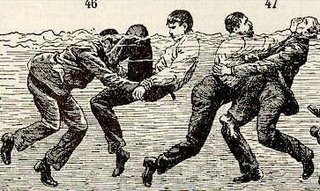 Anyone who puts their name on the amended SB 959 should hold their head in shame. Or as a Massachusetts adoptee wrote to Bastardette tonight, “I’m ashamed to say I’m from the Bay State. That is where they should put their heads, in the bay…”

Bastardette has been unable to find who voted how at today’s meeting. If she finds out, she’ll post it here. In the meantime, let the Joint Committee know how you feel about it’s decision to control your identity and to dole out your rights on their whim.

For the first time in 10 years we’ve been able to successfully report the ABC bill out of committee with a passable recommendation. The issue that has always prevented the bill from progressing was privacy rights of the birth mother who may have received a promise that their confidentiality would be protected.

The next challenge will be to have the bill scheduled for debate before the end of the formal session on July 31st. This is a Senate bill so it will have to be debated there first.