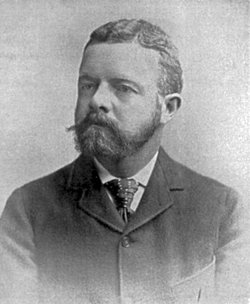 For weeks adoptee rights organizations and individuals have been trying to find out what’s happening with SB 959, the no-brainer records bill that was expected to sail through. You know, the one that suddenly fell off the radar. Not surprisingly, leggies have not been available to come to the phone or return calls. Finally, a few days ago we learned that, as expected, the Joint Committee on Children and Families is reportedly set to compromise the rights of Massachusetts adoptees: to give access rights to some, but none to others. The bill is reportedly set for a deal making meeting on May 3 and will be voted out of committee the next day.

We’ll keep you informed of what transpires and what you can do. In the meantime, here’s the letter Bastardette sent to the committee this afternoon.

I understand that SB 959 is scheduled for discussion and probable vote this week in the Joint Committee on Children and Families. I also understand that an amendment will be offered to make original birth certificate access available retroactively to people adopted prior to 1974 and prospectively to people adopted after the effective date of SB 959. The black holers in the middle would be jack out of luck.

This amendment guts the intent of SB 959: to restore the unrestricted right of birth certificate access to all Massachusetts adoptees, not some. It is a discriminatory amendment– a slap in the face of every person adopted in Massachusetts. Based solely on their adoptive status and date of birth the amendment abrogates thousands of Massachusetts adoptees natural right of identity and legal right of access to their publicly held birth records–a right enjoyed by the non-adopted.
Moreover, this tiered rights system is open to legal challenge. It creates a class system in which adopted persons are not only segregated and treated different from the non-adopted but treats some adoptees differently than others.

When I came to Beacon Hill at the end of October 2005 to lobby for SB 959, I was told repeatedly by committee members and aides that the bill was a “no-brainer.” Nobody could understand why anyone would oppose it. I was told that the bill was “not controversial.” I was told that the committee would send the bill out with a “do pass” recommendation within a couple weeks of the hearing. At the hearing at which I testified representing Bastard Nation, the only opposition came from the National Council for Adoption, a well-financed conservative trade lobby in Washington formed specifically to oppose adoptee access to their own birth certificates. The committee virtually booed the NCFA witness out of the room.

Why has this overwhelming support for equality died in the Joint Committee?

Adoption is supposed to be about the “best interests of the child,” but when that child grows up he or she apparently loses “best interest” status. Why is it when adopted persons become adults the mythological “interests” of other parties (adoptive parents, birth parents, and whatever other interest crawls out of the woodwork) takes precedence over our interests and our rights? Adoptees want to be treated like everybody else. When will the government stand up for our rights? When will adoptees count?

Massachusetts has a long history of redressing social wrongs and promoting justice for all. Please don’t let Massachusetts falter now. If SB 959 cannot be passed out of committee as written, please do not support an insulting and degrading amendment bill that would benefit some at the expense of the rest.

Do the right thing! Leave no one behind!