Today’s Lawrence Eagle Tribune has a story on yesterday’s fiasco in the Joint Committee: Law giving adopted children their birth records gains steam . (The full article seems to be available only for a fee, so I’ll post the text at the end of this blog). For those interested in the response of our Axis of Evil popinjays, however, here are pertinent quotes and comments by Bastardette. (NOTE: Amended SB 959 is still not online.)

Pam Wood, director of Bethany Christian Services in North Andover, which arranges adoptions, said the legislation reflects an increasing openness. “Older adoptions were in the dark and people hid that they’d had a child,” Wood said. “The trend is toward more openness.” Her agency arranges adoptions where birth and adoptive parents are in touch for years, allowing the children to know their heritage while permitting parents access to important medical information.

And while I’m at it, check out what Bethany says about “confidential adoption,” which it continues to flog under the rubric of “choice.” You’d think that Bethany, a flagship National Council for Adoption (NCFA) agency, would know better than to post lies on the Internet:

(1) Access to finding a birthparent is limited by law and must be by mutual agreement at the time the child is of legal age.

There is no law anywhere against searching for anybody.

Access to “finding a birthparent” is NOT limited by law NOR is it determined by mutual agreement when “the child is of legal age.”

Thousands of adoption searches are completed each year by adult adoptees, underage adoptees, and adoptive parents without the consent of anybody.

The vast majority of searches are completed without an original birth certificate or court documents.

In some adoptions, birthparent identity is on court documents given to adoptive parents when the adoption is ordered– without birthparent consent.

Judges can open adoption records whenever they please–without birthparent consent.

In some states (ex. Ohio, Illinois and Oregon) adoptive parents can request the court to keep original birth certificates unsealed– without birthparent consent.

If a child is surrendered but never adopted, the original birth certificate remains unsealed.

(2) The adult child must contact the state central adoption registry.

And what “state central adoption registry” might that be? According to Bethany’s website, it operates in 75 locations in 30 states with “ministries” in 16 countries. It seems, however, to have no clue about registry operation, rules, and availability. 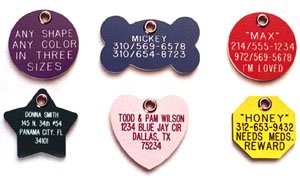 Not every state operates a “registry.” Bastardette has not been able to find the number of current state registries, but according to NCFA Factbook 3 (1999) (I know! but what’s a Bastardette to do?) 20 states don’t. Some states have stipulations that limit use. New Jersey’s registry, for example, applies only to those adopted through the public system. Bethanyites need not apply!

No law anywhere requires adopted persons to join a “state central adoption registry” to locate a birthparent nor could a state make such a requirement.

Of course nobody bloviates on secret adoption better than NCFA:

Thomas Atwood, president of the National Council for Adoption, said his group opposes the legislation. He worries that the contact preference form that a parent fills out won’t prevent adopted children from seeking out their birth parents once that information is made public.

SORRY TO SCREAM BUT…

Amended SB 959 does NOT contain a contact preference form. It contains a birthparent DISCLOSURE VETO: an enforceable contract between the state and the birthparent where the state promises it will not release the adult adoptee’s birth certificate to the adoptee without the written consent of the birthparent. Since no certificate can be released, it is a physically impossible for the adoptee to use it to “seek out” birthparents.

Amended SB 959 (and the original clean bill) does not pertain to “adopted children.” It pertains to adopted adults.

For all the good it does, NCFA may as well complain about state laws that mandate release of non-ID information– to adopteees–information often used to facilitate their searches. Or for that matter… the phone book. The former Soviet Union outlawed phone books. If it was good enough for Stalin, it should be s good enough for NCFA. 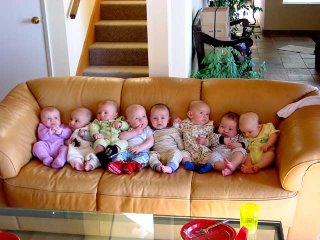 Tom! Tom! Tom! Childbirth is not a “confidential” act. Bone up on Sundquist. You–or should I say my Beloved Mentor Billy Lee– paid enough for that bath.

Court adoption documents are not available to the public for the asking. If birthparents and adopters want to publicize the happy event they’re free to do it on their own dime, not yours. I know it’s painful, but if they want to do the Maury Povich Baby Daddy Dance, you can’t stop them.

And while I’m at it, what’s so awful about abortion? I realize it’s difficult for the theocons currently helming NCFA to comprehend that some women just don’t want to be pregnant. And (gasp!) they don’t feel a personal duty or civic responsibility to do something they don’t want to do (be pregnant) to furnish “desperate couples” with their dream baybee. The US isn’t Romania–yet!

In February 2003. The Weekly Standard published a letter from Bastardette taking Terry Eastland to task for bemoaning the lack of adoptable newborns available to worthy couples. WS archives are available to subscribers only, but you can read the text of the letter here.

Bastardette gives the same advice to NCFA now as she did the womb sniffing Trotskyites at the Weekly Standard then:

If you really want to make adoption a more attractive option, stop treating adoption and adoptees as a dirty little state secret, and give us our records. And while you’re at it, stop acting as if women are breeder cows. Moo! 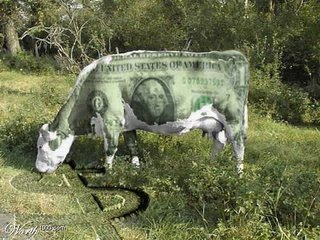 BOSTON – Adults who were adopted would have greater access to their
birth records under a plan gaining strength among state lawmakers.

Massachusetts has kept birth records sealed since 1974. But a bill
being considered by the Legislature would allow adopted children, who
are now 18 or older, to have access to their birth certificates.
Adoptive parents could request records for their children younger than
18.

To access the records, the adopted person would have to have been born
in Massachusetts on or before July 14, 1974, or after Jan. 1, 2008. The
2008 start date was chosen to give prospective birth parents
substantial notice that the law was changing.

People born between those years would access the information through
the Registry of Vital Statistics. A connection between biological
parents and child would be made if the birth records indicate the
parents want to be contacted. Going forward, birth parents would sign a
form indicating if they want to be contacted by their child.

State Rep. Karen E. Spilka, D-Framingham, said the exemption of nearly
34 years protects birth parents who gave up children for adoption
during those years when records were sealed.

“We’re trying to say that we’re not changing the rules midstream,” said
Spilka, co-chairwoman of the Legislature’s Children and Families
Committee, which approved the bill yesterday.

The bill approved by that committee was a compromise. The legislation
originally would have opened all birth records.

State Rep. Barbara A. L’Italien, D-Andover, said there shouldn’t be any
restriction on birth record access. L’Italien, also a member of the
Children and Families Committee, said she is concerned the legislation
excludes a large group of adopted people just because of when they were
born.

“Everyone should be able to obtain their birth certificate,” she said.

L’Italien noted that adopted children also need birth certificates to
find out their medical histories. She said it’s possible the bill could
be amended to allow for medical histories to be obtained
confidentially.

Adopted people born in Massachusetts now must go to court to get their
birth records. People born after the nearly 34-year exception period in
the bill also would have to go to court if birth records indicate the
parents don’t want their information disclosed.

But concerns over divulging the identities of anonymous birth mothers
has been a central reason why the bill has failed to become law in the
10 years its sponsors have pushed it. Some lawmakers blocked the bill
for fear the Legislature would be breaking an implied promise of
confidentiality made to birth parents.

Parents with adopted children have pushed for the change in the law.

Helen Killian, an adoptive parent from Concord, who attended the
Statehouse hearing, said her 39-year-old daughter should be able to
have an accurate record of her birth – not a certificate with her
adoptive parents’ name on it.

“Older adoptions were in the dark and people hid that they’d had a
child,” Wood said. “The trend is toward more openness.”

Her agency arranges adoptions where birth and adoptive parents are in
touch for years, allowing the children to know their heritage while
permitting parents access to important medical information.

Thomas Atwood, president of the National Council for Adoption, said his
group opposes the legislation. He worries that the contact preference
form that a parent fills out won’t prevent adopted children from
seeking out their birth parents once that information is made public.