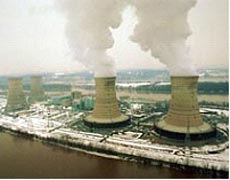 Bastardette has been exceedingly remiss in failing to report earlier on NCFA’s October meltdown in Massachusetts. Fortunately, the editor of the Bastard Quarterly called me on it, forcing my lazy self to the keyboard to report my YOU ARE THERE moment for the upcoming issue.

I’ll be updating the Massachusetts situation on the DB in a couple days. In the meantime, however, I decided to give my eye witness account to those faithful readers unfortuante enough to be absent from Beacon Hill on that faithful day when AdoptionLand ceased to exist as we know it. The day the National Council for Adoption chickens roosted. Consider this an advanced copy.

On October 27, 2005, the earth moved in Massachusetts. For the first time in memory a birth certificate access bill, AB 959, received a committee hearing on Beacon Hill. For nearly a decade similar bills languished in the adoptee-hostile Judiciary Committee, stalled by an adopter lawmaker determined to keep original birth certificates under state seal. In 2005, however, records access was moved to the new friendlier Joint Committee on Children and Families.

I arrived early in Boston and worked the halls, talking to nearly all of the committee members or their aides. Rep. John Scibak called AB 959 a “no-brainer.” Several aides told me that their bosses supported it unequivocally. AB 959, in fact, has the support of the Massachusetts Legislative Children’s Caucus and almost all of the state’s adoption agencies, including the powerful Massachusetts Society for the Prevention of Cruelty to Children (MSPCC). We’ve been told that it’s a priority pass for statehouse leadership. No one I spoke with understood why anybody would oppose it. 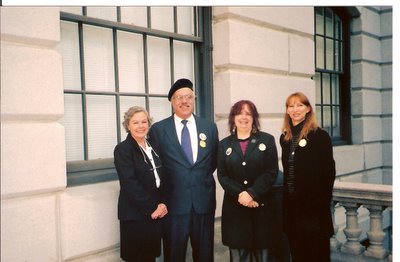 Janet Allen and I testified in favor of AB 959. Bastard Nationals Fred Rust and Carla McBrine showed up in support. Nina Greeley flew in from California. Unfortunately, Judi Reinke, who had worked hard for both BN and the local organization, MARTA (Massachusetts Access Rights to All), was unable to attend due to job obligations. Paul Schilbblehute, (president, American Adoption Congress), Adam Pertman (director, Evan B. Donaldson Adoption Institute), Libbi Campbell (CUB,) Carrie Kent (Ethica), NH Senator Lou D’Allesandro, an MSPCC official, and at least 20 individuals associated with the Massachusetts ABC Committee who has worked on the bill from the beginning testified. MARTAs and ABCers packed the room. Everybody loved SB 959. Except The National Council for Adoption. 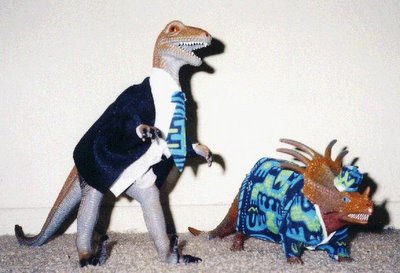 No panderers need apply. Sometime after NCFA president Tom Atwood’s 2004 white noise moment before the New Hampshire legislature, where he confused obc access with therapy, it was apparently deemed prudent to dress up NCFA’s Director of Communications, Lee Allen (no relation to our Janet) in the dinosaur suit…er… I mean, to send him in to testify. Not that I blame, Tom. Appearing before a panel of politicians is as appealing as an appendectomy. I expected some fireworks when Lee took the mic. I didn’t expect a meltdown.

Panel: You have 3 minutes. Who are you?

NCFA: I’m from the National Council for Adoption..

Panel: Who are you? Where are you from?

NCFA: I’m from the National Council for Adoption.

Panel: We know that. Where is it located?

Panel: You’re not a local. Translation: Let’s cut the Who’s-On- Next shuck and jive. You don’t belong here. Go away! Curiously, no one asked that same question to the rest of the witnesses who were given much more than 3 minutes to explain themselves.

The hapless Allen began testimony with the “A” word—and I don’t mean adoption. I guess no one told him that abortion is not a popular word on Beacon Hill since John Salvi‘s 1994 shoot-up of Boston-area clinics that left 2 dead and 3 wounded. 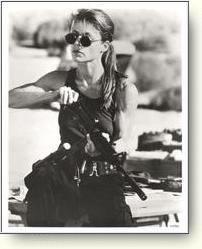 Allen gets the wrap-it-up hand gesture from an aide. I think: This is sorta like The Gong Show.

I think: Hey, where’s the brave Unknown Birthmother with the grocery bag over her head?

Adoption War vets and newbies shoot glances at each other. We suppress smirks. We know we sit in a moment of history. The earth has moved. NCFA has been told to shut up. I write a note to Nina: “Cluster F*ck” without the *. I’ve been there myself. In 1999 I was called a “baby killer” by the sponsor of the Ohio baby dump bill. I feel your pain, Lee, but that’s the lumps.

Clang! Clang!! Half the committee tromps off to take a floor vote elsewhere. Allen stays at the table. He waits. And waits. And waits. When the troops re-gather he’s dismissed. I feel a Stockholm Syndrome sort of bad for him.

Lee Allen goes to the back of the hearing room. He takes notes furiously while Adam Pertman testifies. Adam is on! He’s teacher’s pet. He’s got the crowd. When Adam finishes Allen rushes out to catch a train or a plane back to the safety of the Beltway. where NCFA is Adoption God. He doesn’t stick around to hear me. I’m hurt!

Sham Hearing? Oh my! Somebody hasn’t graduated from Dale Carnegie! AB 959’s sponsor, Sen. Susan Fargo (an ungrateful adoptive mother, no less)– Allen rattles– “used all opportunities to actively lobby in favor of the bill she sponsored…the senator misrepresented the thoughtful arguments NCFA presented in opposition to mandatory openness. Throughout NCFA’s testimony, Fargo interjected disapproving comments and even allowed disruptions from those gathered in the gallery.” (Raised eyebrows?) Allen even gripes about the professional courtesy granted to Sen. D—letting him speak out of turn in the morning. Allen complains about the committee’s lack of “parliamentary privilege” to respond to “false charges” made against NCFA by full-access supporters. I flash back to my baby killer days in the Ohio legislature.

The press release might hold therapeutic value for the writer, but snitching out the committee was …well…really stupid. I imagine Dr. Pierce, like Kilroy, peeking over the giant right thumb of God chuckling at his successors’ profound numb-nuttedness.

It’s now or never: What did the hearing accomplish? It’s been suggested that it was just a show—a place where pols could claim “we let your side tell its story.” Maybe. But the support I found in the halls was no show. NCFA’s public humiliation was no show.

The March 15 deadline to get the bill out makes it now or never. Reportedly, a key committee member has “grave concerns” over breech of contract issues–birthmother promises—especially after a mysterious unnamed “birthmother” wandered into one Rep’s office shaking and upset at the prospect of her little mistake “tracking her down”. Language is being fiddled with. It doesn’t bode well. Who knows? But then, nobody ever thought they’d see the day that NCFA was smacked down either.