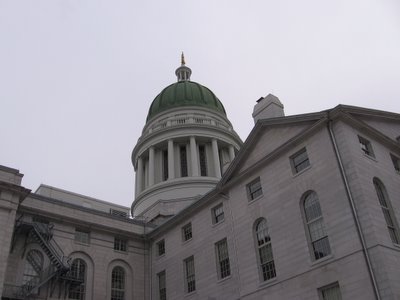 My name is Marley Elizabeth Greiner and I’m the co-founder and Executive Chair of Bastard Nation: the Adoptee Rights Organization, the largest adoptee civil rights organization in North America. Our membership includes adopted adults and birth and adoptive parents. Bastard Nation advocates for the full human and civil rights of adult adoptees. This means opening government documents pertaining to the adoptee’s historical, genetic, and legal identity, including the unaltered original birth certificate and adoption decree. We believe people everywhere have a right to their unaltered and unfalsified birth records

LD 1805 is inclusive. It legislates equality between the adopted and non-adopted citizenry. Members of this committee, unless you are adopted, you have the right to your own birth certificates. You do not need your parents’ permission, a court order, or to wrangle with a trade lobby wanting to hide your records from you for your own alleged good. But if you learned this afternoon that you were adopted, you would need to do just that to access your own information.
LDB 1805 does not break promises to birth parents. Unsealing original birth certificates will not abrogate “promises” to birthparents that their identities would never be revealed. Those so-called promises merely reflected adoption agency policy, not law. Not one document promising “privacy,” “confidentiality” or “anonymity” has ever been submitted anywhere by sealed records lobbyists. That’s because the documents don’t exist. In fact, many birthparents claim they were told that their relinquished children could later access their own records.

LD 1805 does not change adoption procedures. Adoption records are sealed upon finalization, not relinquishment. If the court denies an adoption petition, the birth record remains unsealed. Thus, if sealing birth records were meant to protect identities absolutely, the records would be sealed upon relinquishment, not finalization. Moreover, in adoptions, parental rights are terminated. Birthparents’ wishes, desires, or demands regarding the child therefore hold no legal relevance. Even in closed adoptions birth parent identities are often recorded on court documents given to adoptive parents without consent. Similarly, legal advertisements with identifying information are often published, and courts may open adoption records for “good cause” without birth parent consent.

LD 1805 should allow unconditional access to adoption records. Adopted adults are not dangerous criminals needing government supervision. They are not permanent wards of the state. The fundamental right to privacy does not include the right to stay anonymous in adoptions. Maine therefore has no compelling interest in hiding personal identity information from adoptees. The bill should therefore omit disclosure vetoes, contact vetoes, and confidential intermediary systems.

LD 1805 will not increase abortion. In states recognizing open records, abortion rates are lower than their surrounding closed-record states. Alabama Right to Life stayed neutral when the open records bill passed there in 1999. Since then, abortion rates in Alabama have decreased by 1.3%.

LD 1805 reflects adoption practice throughout the world. Unrestricted birth record access is the norm in the industrialized West. England, Scotland, and almost all members of the European Union allow access, as do Mexico, Argentina, Vietnam, Korea, and Croatia. Kansas and Alaska have always had open records. Since the passage of open records laws in Oregon, Alabama, and New Hampshire, 11,000 adoptees from those states have received their original birth certificates. 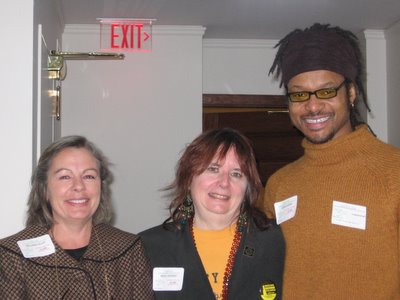 Conclusion
Rights are for all citizens, not favors or privileges doled out on the whim of bureaucrats and special interest groups. In democracies, rights do not discriminate against race, religion, ethnicity, age, or gender. But in Maine, adopted adults are discriminated against daily by a parallel system of sealed records for adoptees and unsealed records for everyone else. LD 1805 eliminates the double standard and gives all Maine citizens the right to personal identity. LB 1805 will not harm anyone, but will restore dignity to adopted persons and their biological and adopted families.

The committee should therefore support this important legislation and move it to final passage. It’s the right thing to do!