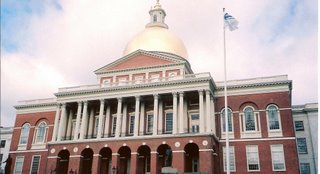 As Chair of the Joint Committee on Children and Families, we request from you the status of SB 959. This bill when passed will restore to Massachusetts’s adult adoptees the right to access their original birth certificates—a civil right that was taken away by the state legislature in 1974.

SB 959 had an extremely favorable hearing at the end of October (’05). Informal polls taken by MARTA members before the hearing indicated no committee opposition. Some members even assumed passage out of committee was a “no-brainer” and would be quick. The only opposition, in fact, came from the National Council for Adoption, a national trade lobby formed specifically to keep original birth certificates sealed and out of the hands of the adult adoptees to which they pertain.

SB 959 is backed by Senate President Bob Travaglini and is a priority pass of the Massachusetts Legislative Children’s Caucus. The Massachusetts Society for the Prevention of Cruelty to Children, the Child Welfare League of America, the National Association of Social Workers, the Evan B. Donaldson Adoption Institute, and adoption reform organizations throughout Massachusetts and the US support SB 959. Since its October hearing, however, the bill sits on your table awaiting action. 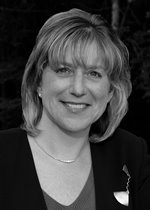 Members of, MARTA (Massachusetts Access Rights To All) have contacted your office repeatedly and have been unable to speak with you or your aide. We sent you a certified letter regarding the status of the bill that has not been acknowledged. As your constituents we want to know what is happening with this SB 959, and why a priority bill that will restore the civil rights of thousands of Massachusetts’s adult adoptees has been held up and not been voted on in the committee that you chair.

MARTA is a Massachusetts-based group that supports the passage of SB 959, as written. Our group consists of adoptees, birth mothers and adoptive parents. We agree that all Massachusetts adults should be treated equally regardless of their birth circumstances. In order for equal treatment to become a reality for all Massachusetts adults, it is imperative that adult adoptees receive the same consideration that non-adopted adults do.As your constituents, we ask that SB 959 be voted on before the March deadline. Time is running out and the time has come for our representatives to take a stand on this issue. Please do not continue to delay on such an important issue.