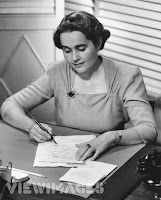 Letters have been pouring in to Respect Life Today and the New Jersey Catholic Conference since we and others posted the NJCC request for natural mother stories. The conference had hoped the letters, replete with horror stories of the speculative knock on the door and ruined lives, would boost the Catholic Church’s sealed records agenda. Well, letters were written, but not the kind the conference was looking for! Instead of cowering in the closet, proud and unafraid mothers have come forward with the universal message: We don’t want or need your protection. Unseal our children’s records!

Many letters have appeared on lists. I have been thrilled and moved at the wonderfulness and honesty of the writing. Though I’ve probably heard hundreds of first mother narratives, none of those has moved me as much as these articulate letters written by mothers on behalf of their surrendered daughters and sons–and themselves.

One has to wonder if the church hierarchy and its policy wonks have any concept of what was done to women who sought their help in time of personal crisis and indecision. Or do they care?

Adoptee Amy, with permission, has posted a selection of these letters as a blog entry, aptly titled, Hey, Catholic Charities, It’s Your Turn!

3 Replies to “LETTERS, WE GET LETTERS….MOTHERS REACT TO NEW JERSEY CATHOLIC CONFERENCE PLEA FOR STORIES”