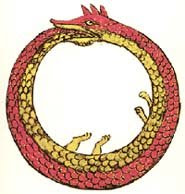 For the record, Bastardette and Bastard Nation oppose the tortuously compromised S 611, passed by the New Jersey Senate on Monday 30-7. The bill allows some adoptees to get their original birth certificates while others, slapped with a disclosure veto, get the sanitized white-out version. There are other restrictions, too. I haven’t written about the Jersey situation lately, but my blog Settling for Less Than You Deserve on the 2006 look-alike bill will fill you in. (For more NJ entries just type in to Bastardette’s Blogger search engine).

That said, it’s been entertaining in a sick sort of way to watch New Jersey’s adoptee haters, legalized child traffickers, religious conversionists, and identity thieves bloviate over ungrateful adoptees and their rights. To hear the Catholic Church’s affiliate hornswogglers — The Catholic Conference, New Jersey Right to Life,and the Knights of Columbus–talk, even limited government respect for adoptees and their rights will cause the state to break off and fall into the Atlantic.

Patrick J. Brannigan, Executive Director of the New Jersey Catholic Conference, for instance, holds the quaint belief that first parents just “move on” after surrender since the state seals their pasts as tight as a tomb, leaving them to tip toe through the tulips permanently. On January 24, he testified before the New Jersey Senate :

The assurance of secrecy regarding the identity of the natural parents enables them to place the child for adoption with a reputable agency, with the knowledge that their actions and motivations will not become public knowledge… Assured of this privacy by the State, the natural parents are free to move on and attempt to rebuild their lives after what must be a traumatic and emotionally tormenting episode in their lives.” 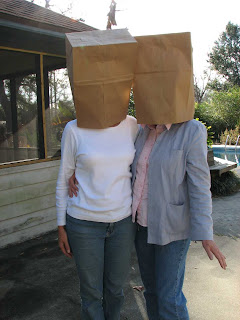 Last month,Mr. Brannigan and Marlene Lao-Collins, director of the Catholic Conference’s social concerns office ramped up their tripefurious crusade. They issued an alert (only now making adoptanet rounds through the Trenton Diocese Respect Life Today website ) to “birth parents,” inviting them to contact the Conference office, confidentially, of course, to help create for legislators a compendium of anonymous and speculative horror stories about the ghastly consequences of their very own flesh and blood offspring being treated legally the same as the not-adopted.

This call to action sounds pretty dangerous to me. Apparently, Mr. Brannigan and Ms. Lao-Collins have never read The Girls Who Went Away or heard of Origins-USA, CUB, and unaffiliated pissed off first parents who would love nothing more than to tie up their phone lines and stuff the Conference’s ears full of stories of coercion, exploitation, threats, shame, secrets, and unethical and illegal baby-taking by its Catholic Charities subsidiary.

Mr. Brannigan sees himself as the spokesman for emotionally tormented and traumatized women who place their children for adoption., except when Ms. Lao-Collins speaks for adoptive parents who “have taken into their home a child whom they will regard as their own and whom they will love and raise as an integral part of their family unit.”

Thankfully, Pat and Mar haven’t deemed emotionally tormented and traumatized placees important enough to speak for them, too, though Ms. Lao-Collins assures us, “As the friend of several adult adoptees, I understand their desire to know their origins.” Some of my best friends are…

Ms. Lao-Collins (or her surrogate at Respect Life) says that the Conference wants the legislature to act as a “Solomon” and rely on “the testimony of the mother to render a verdict.” (no mention of dads). That is, the Conference wants the legislature to listen to the tumbrells of terrified “birth mothers” they expect to ring their phones off the hook, and to grant them a special right as a class, that no other mother or adult has over another adult: the right to bar the state from issuing them a non-fictive birth certificate. 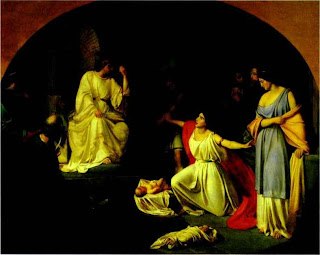 The Biblical “Solomon’s Judgment” (1 Kings 3: 16-28) (ESV) is the tale of two prostitutes who come to King Solomon asking him to decide the fate of a single baby boy. The women say they live in the same house and both gave birth recently. Soon after the births, one woman accidentally smothered her newborn in her sleep. In anguish and jealously, she exchanged her dead baby with the live baby of the other woman as she slept. The first woman wants her baby returned to her. The second woman denies the accusation, calls the baby her own, and wants to keep him. Who’s telling the truth?

After ruminating a bit, Solomon calls for his sword, declaring there is only one fair solution: the baby must be split in two with each woman receiving half. The boy’s true mother cries out, “Oh my lord, give her the live child – and by no means put him to death.” The second mother counters, “He shall be neither mine nor yours; divide it.” Solomon quickly sees that the first mother is the true mother whose only interest is to protect her child. The second mother is revealed to be a jealous liar and sent away empty handed and disgraced.

Boy, could any worse metaphor for adoption have been chosen to push the Conference’s agenda? Who thought it would be a good idea for the Catholic Conference to compare with prostitutes (in the King James Version, they are harlots), the very women, who for centuries their church has stigmatized, declared sexually transgressive and unfit for motherhood, locked up in maternity homes, convents, and laundries and taken their children from them?

The narrative of Solomon’s Judgment when interpreted through the lens of contemporary adoption practice stands the New Jersey Catholic’s Conference Solomonic plea on its head: the successful attempt of a natural mother to overturn the fraudulent adoption of her son. When the king offers to slice and dice the baby to give him to both, the natural mother lays down her plea because she wants what is best for her child, and thus, “loses” through love. The adoptive mother–(or better yet, the Catholic Conference?)–agrees to the scheme. If I can’t have him nobody can. The king seeing through the second woman’s ruse, returns the baby to his rightful mother. Many a first mother’s dream! 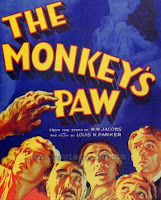 BE CAREFUL!
Now the New Jersey Catholic Conference, even though it’s none of their business, believes that the state should keep the birth records of all its adoptees sealed from them. But what happens when the first mothers they so romantically portray as meek and scared, and recruit to their lair, tell them to go to hell, get your hands off my kid’s life,nose out of our lives, and unseal the records? That’s s just what first moms are doing: sending emails to Ms. Lao-Collins and Respect Life Today–not with the desired horror stories of exposure and shame but of adoption industry abuse. You can do it, too. Just go over to the link to the article for contact information.

We’ll see just how much the New Jersey Catholic Conference let’s these mothers “render the verdict.”

4 Replies to “BE CAREFUL OF WHAT YOU ASK FOR! NEW JERSEY CATHOLIC CONFERENCE WANTS TO HEAR FIRST MOTHER STORIES!”