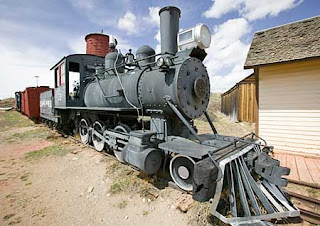 Chapter 1 of everyone else’s life begins with a birth certificate, a document I and everyone behind me are prohibited from having.

Ms. Feigenholtz may talk the talk, but she doesn’t walk the walk. Under her cowardly compromise bill some adoptees are more equal than others. Since the bill doesn’t seem to be on the Illinois Legislative webpage (more about that in a minute) we can only judge from the summary posted in the Trib:

The Trib reported that the bill will receive a hearing on Thursday in the Adoption Reform Committee. The only problem is, it’s not on the online schedule. What will be heard is HB 4571, a first parent compensation bill and HB 4623, Feigenholtz’s CI fix-it bill. If records access has been folded into that bill, it is not reflected in the bill as published on the web. If it is a separate bill, nobody I know can find it doing a keyword search. I’ve spoken to several adoption reform organizations. None like the high-handed way this came down. None like that they were treated like bad little bastard idiots, expected to sit in the corner, shut up, and be grateful for scraps from the grown-ups table. None support this bill nor do they intend to. Barring the possibility that a wrong hearing date was reported, the short notice appears to be a way to ameloriate organized opposition from the putative beneficiaries of Feigenholtz/Mitchell largess.

Right now, whether the bill is posted or not, or even if it gets a fast-track hearing this week is inconsequential to the larger issue: Illinois adoptees getting screwed again by one of their own. As my old friend Dr. Steve White, who worked on Illinois records access during the Big Feigenholtz Screw era of the 1990s posted on my February 21, blog, a Illinois: Trainwreck Ahead for Records Rights, “I can tell you that Rep. Feigenholtz ‘gets’ it: she just doesn’t want it.”

I’m calling Ms.. Feigenholtz’s office in the morning to see if I can find out what’s going on. If indeed the bill is being heard I’ll post a quick and dirty action alert here so you can voice you opinion to the Adoption Reform Committee.

5 Replies to “ILLINOIS: THAT TRAIN KEEPS A ROLLIN’–MORE PIECE-A-CRAP LEGISLATION”