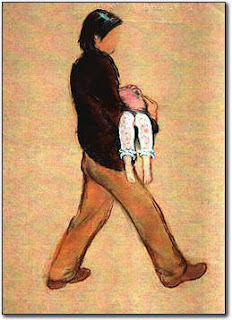 Jessica Scovil’s maternal grandmother, Tina Swatkowski, said it all with class (if that is the correct word under the circumstances): the system failed both her daughter Evelyn Carter who “temporarily” lost Jessica to child welfare Grundys and Wendy Osborne, the foster mother who accidentally left Jessica in a hot car to die of heat stroke. (see previous blog)

Evelyn needed supports put into place and not to have her daughter taken from her. The foster mother must have been overwhelmed to have left Baby Jessica in the van like she did. So I guess the system not only doesn’t support birth parents, they don’t even give foster parents the support they need.

“The system is broke and needs to be fixed,” Don’t let Jessica die in vain, let’s get justice for Jessica, let’s change the system.”

Swatkowski said that Jessica was removed temporarily from Evelyn after she asked for help in dealing with her bi-polar disorder.

I guess that’ll teach her to think the state cares! Evelyn and Jessica’s father, Robert Scovil played by the rules and all they got for it is a dead baby.

A woman going by the name of “Amanda” who says she is Evelyn Carter’s best friend comments on the blog I Perceive:

jessica the 9 mo old who died was my best friends baby these parents were good parents they had done everything to get jessica back . we now find that she should have been returned 2 weeks ago. these parents were not told anything till wenesday am and then not what happened .the parents need to tell their story . this baby should have been home with the family who has fought to get her back . please help us dont let this happen to another child .

Not much to inspire confidence in the Georgia Division of Family and Children’s Services.

To no one’s surprise, DFCS has dummied up. The only statement I can find from any state official comes out of Tom Rawlings, the state’s Child Advocate (whatever that is)

I usually look at these kinds of situations as there but for the grace of God go I.

In other words, shit happens. especially when DFCS is involved.

We can only assume by the silence that DFCS is cooking up a story to extricate itself from its hubris and liability. 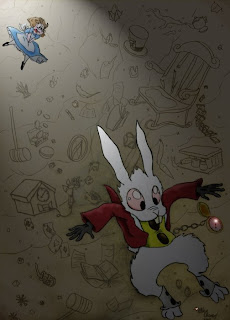 It seems a little ironic that although the medication taken by Evelyn Carter allows her to lead a normal life, that wasn’t enough to prevent DYFS from removing her child from her.

Yet the medicine taken by Wendy Osborne is being touted as a reason she shouldn’t be held responsible for ‘forgetting’ Jessica.

******
WSTV-TV Atlanta has a a slide show of Jessica’s pictures here.
Tom Rawlings’ office is here.

Oh, and for some real classless statements, read comments on my previous Jessica blog. Bastardette was visited by (as of this writing) two of Mrs. Osborne’s churchy friends who think we’re all idiots. Ater all, Osborne and her husband have given Bibles to every foster child in Jackson County.

14 Replies to “JESSICA SCOVIIL UPDATE: GRANDMOTHER CALLS FOR BROKEN SYSTEM TO BE FIXED”