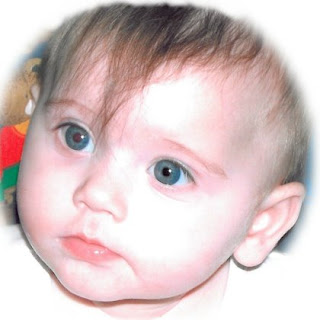 Chase Harrison has a new playmate in the great steam cooker in the sky. The Athens Banner-Herald (Georgia) reports that Jessica Scovil, of Nicholson, was found dead Tuesday of heat stroke after being left in a minivan by her FOSTER MOTHER for least two hours (reports vary) in 80+ degree heat. Her core temperature, measured at the hospital, was above 108 degrees. Jessica was one day short of 9 months old.

According to the report: foster mother Wendy Osborn, 29,

told sheriff’s investigators that she came home from a doctor’s appointment shortly before 3 p.m., unloaded two adopted 3-year-old girls from the van and went inside. Once inside, Osborne lay down for a nap while the other two children played. She woke up about 5 p.m., Cochran said, and rushed outside to find Jessica unresponsive in her car seat.

Osborne was reportedly taking medication that might have made her sleepy and disoriented.

Jessica’s parents, Evelyn Carter and Robert Scovil , only learned of the death on Wednesday. Jessica was removed from the couple in April because Carver had been diagnosed with bipolar disorder and schizophrenia, but says that medication lets her lead a normal life. Normal that is, to everybody but DYFS, who apparently got involved in the reproductive lives of Carver and Stovil even before Jessica’s birth (see Fox News below).

It gets worse. According to Crandall Heard, the public defender representing Carter and Scovil , Jessica could have been returned to the couple weeks ago:

“This mom is a good lady,” Heard said. “She’s done everything I have asked her to do to get her child back, and so has the father. I could not have had two people do more to get their child back. … If there had been cooperation on both sides, we could have had this cleared up weeks ago. But we weren’t getting any cooperation, so we were having to go back to court.”

…(Division of Family and Children Services officials) were telling my clients that, ‘We don’t think they’re able to take care of their child right now,’ ” Heard said. “Instead of sending her home, they sent her to a home where she eventually died.”

A custody hearing was scheduled for September 16, and it’s believed Jessica would have been returned to them then. Two other foster daughters, 15 and 16, have been removed from the Osborne home and placed elsewhere pending the investigation. One of the girls returning home from school, reportedly asked Osborne where Jessica was, sending Osborne dashing to the car.

Heard says Scovil and Carver plan to meet with the Jackson County District Attorney next week to request charges be filed against Osborne. Robert Scovil says, “Somebody needs to be held responsible for this.”

Go to Fox News-Atlanta for a video interview with Carter and Scovil. Reporter Stacy Elgin says:

Carter said she wanted to be a good mother, attended parenting classes every week during her pregnancy and then continued them even after her child was born.

Too bad somebody didn’t send Wendy Osborne to parenting school.

Here is Jessica’s obituary. It appears she had plenty of extended family who could have cared for her while her mother attended classes and received treatment. Why was she sent to the Osbornes who already had their hands full with 2 toddlers and 2 teenagers?

ADDENDA: Lainie Petersen has written an excellent blog on the Scovils: Taking Away Parenthood: Jessica Scovil and the Media’s Use of the B Word.

30 Replies to “"SOMEBODY NEEDS TO BE HELD RESPONSIBLE FOR THIS." ANOTHER DEAD BABY”