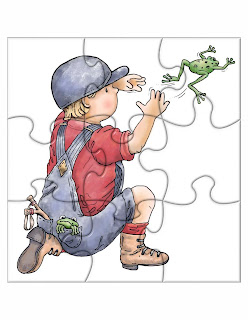 Since mid-June Baby Love Child has been doing a tremendous amount work on adoption news horrors. She has published a veritable bibliography of online resources on Enna Baretto, Dmitry Yakolev/Chase Harrington, Judith Leekin, and the latest Guatemala adoption scandal. She is the only bastard blogger to my knowledge to pick up on Andrea Curry-Demus, the woman in the Pittsburgh area accused over the weekend of murdering a pregnant woman for her soon-due-baby. And then BLC analyzes–something much needed in the adoption blogosphere where cut and paste often passes for blogging. She puts the pieces together.

BLC‘s blog is a tremendous resource for activists, researchers, the press, and us just plain bastard folks who are trying to get a handle on the never-end spew of adopta–nightmares rolling out daily. Just go over there and scroll around. 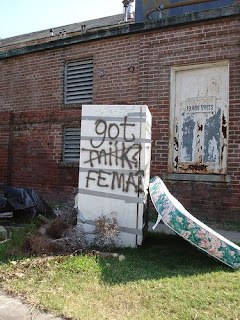 I also highly recommend BLC’s July 10 entry ARD: For Those Going to N’awlins: In part she writes:

The city is at this very moment a place where matters of survival are still paramount to so many.

A protracted battle where the future of the city is being decided in many cases, not by the neighborhoods, but by those who can tear them down, as part of building their vision of what they think the next New Orleans should be played out against the backdrop of many factors not merely wealth and poverty, nor even a binary notion of “race” (N’awlins has never been merely some matter of “Black and White” it’s a complex gumbo of French and Spanish, Haitians, Free men and former slaves, Cubans, First Nations peoples, and now post-Katrina, particularly Hispanics. All in that Creole, Cajun/Acadian mix. )

And that makes it one hell of a distinct place for adoptees to be trying to do their own efforts on behalf of our own equality.

As I wrote back on January 10th:

How do we do what we need to do in New Orleans while not overlooking or in anyway downplaying the magnitude of the realities New Orleans itself currently faces? On that one, I have no real answer yet. Yeah, it’s going to be strange protesting for open records in a place where day to day fighting for SURVIVAL is a genuine reality. I’m still trying to figure this one out, but the bottom line is we’re there because they’re there- the National Conference of State Legislatures’ Annual Meeting.)

Those still going would do well not be ‘tone deaf’ to the realities of N’awlins.

Learn from your time in the city. N’awlins continues to be one of America’s most unique and interesting cities. Take time to listen.

Be respectful of the fact that there are neighbors, family members, and friends who are now spread far and wide, and are missed constantly by those who have chosen to stay and fight for the heart and soul of the city. Some may have left permanently, others are alluded to as ‘visiting a spell’ somewhere else, with hopes that perhaps they may eventually return. While the most immediate areas ARD protesters are going to be in may appear ‘just fine’, there is plenty of the Gulf Coast that has simply been swept away.

In all, I suppose I’m saying be clueful. Realize that where you’re going to be; speaking about the demand that adoptees receive equal treatment under law in a place where law and even treatment as human beings broke apart.

I have known BLC for over 11 years. I like to call her my Theory Girl. She cuts through the bullshit. Her work, and work that I am sure is coming over the next few months, is invaluable in developing bastard theory and critique. This is important stuff. I learn from BLC daily.