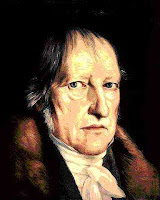 This is worth a second blog.

LINCOLN — Nebraska hospitals have no clue who they might find on their doorsteps when the state’s unique “safe haven” law goes into effect Friday. It could be fragile newborns left by frightened and desperate young women. Or it could be unruly teenagers dropped off by frustrated parents.

It looks like the folks at the Nebraska Children’s Home Society aren’t too pleased about it:

She said her agency and others already have gotten disturbing calls from people talking about using the new law to drop off children who are more than a year old.

If they follow through, she said, their children could be badly traumatized by the experience.

“I hope this bill isn’t misused,” Authier said. “Because it’s written so broadly, it could be misinterpreted as encouraging people to abandon children.” 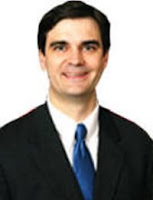 Sen. Pete Pirsch, the bill’s sponsor admits that the laws takes a “unique approach,” and

“To me, the important thing was to get through a safe haven bill,” said Pirsch, adding that he doesn’t expect problems because of the broader age range of Nebraska’s law. He said parents typically call law enforcement if they have problems with their teens.

So true! But do parents really want the neighbors to see the cops at their door? The safe haven approach is much cleaner. Instead of having Biff tasered on the front porch by four large men in uniform or Buffy frog-marched to a limo by a gaggle of nuns, savvy parents can quietly drop off their unruly spawn to the calm nurturing cocoon of a hospital emergency room. And when the neighbors ask about them,parents can reply with confidence (and confidentiality) that Biff is at band camp or Buffy graduated early and is studying preference utilitarianism at Princeton with Peter Singer for the summer. Nobody will ever have to know! 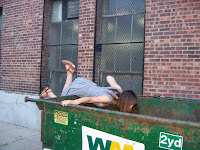 BUT WAIT A MINUTE!

The Nebraska Department of Health and Human Services will take custody of safe haven children and treat those cases the same as other cases of abandonment, said Todd Landry, director of children and family services. That means trying to identify the child’s parents and family and, if the parents can be found, assessing whether the child should be reunited with them. When parents cannot be found, the department will work to get the child placed for adoption as quickly as possible, Landry said.

I don’t think this is what the safe haven recycling pimps had in mind, How can you expect to drop off Jayden and Harmony without the state’s promise of anonymity and safety if those snoopy social workers come looking for you? Expect a spike in dumpster teens!

Hegel must be smiling.

President Grant once said “the best way to get rid of a bad law is to enforce it.”
With this this is mind I offer an open invitation to all frustrated, tired, angry disgusted parents, wherever you are: take your unpleasant child in hand, hop in your car or on Greyhound (or a plane if TSA will let the delinquent through), and head for America’s heartland. Make Nebraska the the child dump capital of America. Corn is so yesterday!

Pete Pirsch is either a subversive or an idiot? You decide.