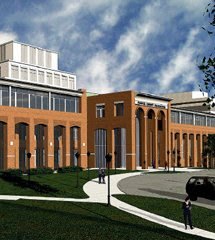 This morning’s Washington Post reports that the Fairfax County Grand Jury could indict Miles Harrison on manslaughter charges as early as today. Harrison, reportedly suffering from nervous collapse at the scene of Dmitry/Chase’s death, later upgraded to a heart attack, remains in a private psychiatric hospital and has not been arrested. Herndon authorities agreed not to serve Harrison with a manslaughter warrant until his release, but Friday Fairfax Commonwealth’s Attorney Raymond F. Morrogh said they can’t hold off indefinitely. In the meantime, Herdon police have removed computers, a backpack, prescriptions, life insurance policies and Dmitry’s adoption information from the Harrison’s home and are re-checking information from interviews taken earlier.

Peter D. Greenspun (Greenspun & Mann). Many of his best-known cases have been defeats—but how do you represent the sniper John Muhammad and win? The Fairfax-based criminal-defense lawyer wins most of his cases you don’t hear about and some you do—as when he got TV sportscaster Marv Albert off virtually scot-free from an assault charge. Somebody has to represent the most despised defendants, and Greenspun ends up with many, frequently at personal cost. For that he deserves much credit. He’s the best criminal-defense lawyer in Virginia and one of the best in the nation.

Greenspun is the past president of the Association of Criminal Defense Lawyers.

According to WaPo, Greenspun said he didn’t understand the urgency to bring Harrison to court.
“I have seen some pretty difficult and very tragic situations in 30 years of criminal defense practice,” Greenspun said. “The sadness here is as bad as it gets for Mr. Harrison and his family and friends. This is a good man who has the unwavering support of his entire family. They are all dealing with their grief in this most difficult of times.”

This seems typical of Greenspun’s approach. In a profile published in the November 2007 Mason Law News, Greenspun says that being a defense lawyer gives him the chance to get the help his clients need. “It’s a chance to figure out what went wrong, and get them help. Cases that end with a plea or a conviction can be some of the most satisfying cases because you know they’re going to get help.”

And no doubt, “professional help” for Harrison will play a big part in the defense. Since we really don’t know what’s wrong with Miles Harrison, if anything, staying in the hospital is his first line of defense.

Greenspun can spin all he wants but he knows exactly what’s so urgent about getting Harrison into court: the Russian Bear breathing down the back of the State Department and the State Department breathing down the back of Fairfax County officials. With Harrison hospitalized and now lawyered up with Greenspun, the chance of a quick “settlement” is nil. Look for a protracted investigation and plea bargain down to negligence or some related charge. The real test of a good lawyer is in the penalty, and there is no way leaving a toddler to roast in a car will fly, even with the best defense in Virginia.