It is imperative that you write or call the Honorable M. Jodi Rell, Governor of Connecticut immediately, asking her TO VETO SB 0004.

The Connecticut General Assembly, on April 24th, passed SB 0004, a bill that will give adoptees born after October 2006 access to their original birth certificates when they reach the age of twenty-one. This bill went through the general assembly with lightning speed, flying low under the radar. Please ask Governor Rell to send SB 0004 back where it came from so that the General Assembly can instead pass a true open records bill that will benefit all adults adopted in Connecticut.

Now is the time to VETO A BAD BILL.

It is a “prospective-only” bill. This is one more RESTRICTION in a long line of restrictions placed on adopted adults’ ability to access their original birth records. “Prospective-only” bills create two separate tiers of adoptees. The rights of all adoptees born before an arbitrary date are totally ignored by such a bill.

Another problem with “prospective-only” bills is not what is actually in the bill. It is what is NOT in the bill that makes it an insult to all adoptees. What happened to equal rights for all adopted adults? It’s nowhere to be seen. 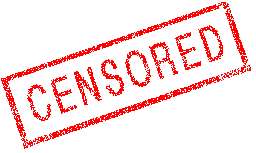 A “prospective-only” bill is very dangerous! It is too easy for legislators to agree with and it’s too easy for other states to copy. Once a prospective-bill becomes a law, we know that the true rights of adult adoptees will not be addressed anytime soon. Supporters of “prospective-only bills” have made it possible for legislators to believe they’ve really done a good deed for adoptees and can now in good conscience put the issue behind them.