Artur Lookyanov, the Moscow tour guide, hired by Nancy Hansen to pick up Artem Saveliev/Artem Justin Hansen at Domedovo Airport last week posted a message here yesterday. This morning I found his own long and very detailed account of the event on his webpage Moscow Driver. This is the fullest account of Artem’s abandonment so far, and very important reading. It also clears up earlier stories that indicated that Artem was found wandering around the airport by himself. I’ve been in both Domodedovo and Sheremetyevo Airport Hell myself, and it’s nothing adults, much less children, should be subjected to.

Below are excerpts from: Story of Artem Justin Hansen: How I Became Involved in an International Adoption Scandal (Part 1) (Follow link to Part 2 and other details) I suggest you go over to Artur’s page and read the entire account. 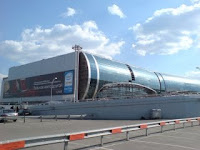 Note that in all of our correspondence she never once told me that she would not be the one to meet me at the airport. I was fully convinced that she would be the one meeting me! It was only after our meeting had been confirmed that she sent me more specific details. The e-mail came in the next morning, April 7, 2010 at 8:00 am Moscow time: Hi Arthur: The pick-up on Thursday will be for an 8 year old boy named Artem Hansen. A United Airlines Customer Service Agent will escort him to the hall to meet you (you will need to show ID). The United Airlines customer service agent will hand you an envelope. Inside the envelope are 2 envelopes. One is an envelope for the Ministry of Education, Tverskaya Street, 11, Moscow. The other envelope will be addressed to you. Inside will be your payment in US Dollars. I would like for you to please escort Artem into the Office of the Ministry of Education. If you could please give me your fee for this additional service, I will enclose it in your envelope. Thank you for your time. Warmest regards, Nancy…I was surprised to read this letter, because I was fully convinced that I was supposed to meet Nancy, not the child, but there was no time to think. Then it occurred to me that the boy was probably going to study or returning to school, and this made me feel better. I sent a confirmation and I asked her who I was to meet at the Ministry of Education...

After receiving another email from Nancy Hansen, Artur writes:

...I had no time to respond to this letter. I arrived home from work late that night tired but elated by the fact that the day was so sunny and beautiful, and that my clients were delighted by what they saw and the services I provided. I switched on the computer once again to check mail and read her letter (above). To tell the truth my good mood from the lovely day disappeared. It was too late for me to back out because of the time difference. If I did not meet the child at the airport, he would have been stranded. I work so hard to do everything the right way and to make my clients feel comfortable. I have a lot of great comments and friends from around the world, especially in the U.S. How could I refuse? I would not have survived thinking that the boy was left alone at the airport. 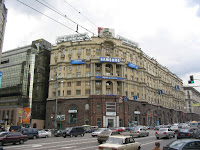 From Part 2: My rude awakening. I learned Artem Hansen had been adopted and was not expected back by the Ministry

We entered the main entrance of the building and I turned to the security guard, asking him to tell the people from the Ministry that we were there. I thought they were expecting us, but he looked at me as if I were crazy. At this point I realized something was terribly wrong. He advised me to call the Ministry directory-inquiry service. No one met us, and I dialed the Ministry directory-inquiry service with trembling hands and a bad premonition. I still did not understand what was happening. I called several different departments but nobody knew anything about Artem. It took us a while call the Department of the State Data Bank, and by this time the SDB employees could tell that I’d become nervous. They decided to come down and investigate. Five minutes later, three women came down to us. I tried to explain the situation to them and we opened the envelope meant for the representative of the Ministry. It contained the sad message which is now well-known. We were all shocked. The note stated that the foster mother of the child, Tory Hansen, refused adoption with regret and explained her reasons. The women of SDB understood the seriousness of the case and asked us to go with them to investigate further.

We proceeded to the department. I did not leave Artem Hansen for a minute, because by now I knew he didn’t speak Russian. I translated the questions he was asked by employees and the boy’s answers. The boy entered the country on a Russian passport, so SDB employees quickly found out where he was from. It turned out that he was adopted by an accredited agency in America from an orphanage in Vladivostok on Sept. 26, 2009. While the boy was drinking tea and eating cake brought by the staff, I told my part of the story. Realizing that I had been deceived I decided to call Nancy Hansen to ask for an explanation. I had her number written on the envelope that I was to deliver to the Ministry. At 14:11 I called Nancy. I asked her to clarify the situation and explain her behavior. There was a long pause; apparently she did not expect me to call. Then she told me she had not wanted to trouble me, and had thought I would not be affected. I gave her the number to the office where Artem and I were, and she spoke to the employee in English. The conversation didn’t last long. Soon they hung up.

Artur says he remained with Artem, even after authorities indicated he was longer needed, until the boy was transfered to the hospital:

Although I had not had anything to eat or drink since early that morning, I felt responsible and nervous for the boy. That is why I asked permission to stay and make sure the boy was ok until he was taken to the hospital. It was now the end of the day and the center of Moscow was paralyzed with traffic jams as usual, so we waited for an ambulance and Mr. Astahov (authorized representative of the President of Child Rights) for a long time. All of us were surprised at how calm the boy was. It had been a very long day without rest, but he continued playing and smiling even in the police department. We enjoyed his warm selflessness; he kept taking his toys from his backpack and offering them to us. He offered me a United Airlines badge. I saw that the boy had two identical badges, and understood that he was giving me this gift from the heart, that he wanted to thank me. So I took his little gift.

Here you can see the picture of this badge.

I am thankful that Artem had Artur on his side at at his back. His devotion to Artem is even more meaningful since his own Forever Family threw him away.