I have found it difficult to believe that any lawyer, even online, would have advised the Hansens to stick Artem on a plane and hire a tour guide to escort him to the Ministry of Science and Education building on Moscow’s main street. Hansen’s lawyer has now been identified as St. Petersburg attorney Karina Krasnova. Despite Nancy Hansen’s plea that she made a quick decision to send Artum back, Krasnova says Hanson contacted her a month ago about how to return the boy. Sending him to Tverskaya was definitely NOT the advice she gave.

Krasnova has a free Ask Russian Lawyer a Question feature on her (linked above) webpage. Guess what? That’s where Nancy Hansen got her advice–actually good advice–which she promptly ignored. If the Hansens think they can plead ignorance of the law or get Krasnova to back them up, they’re in for a real rude awakening.

Q: My daughter adopted boy from Russia (she is a single mother). My daughter was lied to about the child’s behavior by the orphanage caregivers. The safety of herself and others is a major issue. She is no longer willing to keep him in her home.

The child has stated many times that he wants to return to the orphanage and misses his friend. As the adoption has not worked, I would like to know what the Russian law is in returning him to the orphanage. Also, if the law allows this, how much you would charge to facilitate this matter. 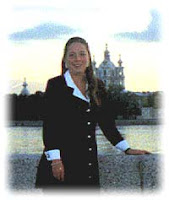 A: Procedure for cancellation of adoption is regulated by Art. 140-142 of the Family Code of the Russian Federation. Adoption can be terminated only by court order and by serious reasons. Usually termination of adoption is a punitive measure applicable to parents who evade discharge of their parental obligations, abuse parental rights, abuse adopted children, or are alcohol or drug addicted.

However a court may also cancellation adoption by other reasons. According to Art. 141, par. 2 of the Family Code of the Russian Federation a court is entitled to terminate adoption of a child by other reasons taking into account child’s opinion and if it is in the best interests of the child.

Thus, notwithstanding that fact that the wish of adoptive parents to cancellation the adoption is not a direct and unconditional reason for such termination it may be done “by other reasons taking into account child’s opinion and if it is in the best interests of the child”.

If a court comes to a conclusion that return of the child to Russia is in his best interests a corresponding court order will be issued and it will lead to the following:

– reciprocal rights and obligations of the adopted child and the adoptive parents and their relatives (including grandmother) will be terminated by court order;
– the child will be returned to his parents by court order. If he has no parents or return of the child to the parents is not in his best interests, the child will be taken care of by guardianship institutions;
– the court will also decide whether the name given to the child after adoption will be changed.

You should also keep in mind that the court is entitled to lay an obligation to pay child maintenance over the former adoptive parent (your daughter) in accordance with the procedure established by the law. Therefore after termination of adoption in Russia your daughter may be obliged to pay child support until the child becomes 18 years old.

In interests of the child the court can resolve adoption of the child by other family, without returning the child to Russia. In this case I see an alternative way of dealing with your problem. Many families in America dream of adoption and your child may be adopted by another family, in this way he will be able to live in a family in the USA.

For any actions concerning this child it is necessary for you to receive approval of Russian authorities.
ince

Could this caveat–not the alleged scary drawing–have been the real last straw?

You should also keep in mind that the court is entitled to lay an obligation to pay child maintenance over the former adoptive parent (your daughter) in accordance with the procedure established by the law. Therefore after termination of adoption in Russia your daughter may be obliged to pay child support until the child becomes 18 years old.

ABC News reports that Torry Hansen was trolling for a replacement, even while planning to return Artem to sender. No matter how many yard sales the Hansens throw, that won’t pay for two kids.

How in the world did the Hansens think ugly cut-bait-and-run stunt, clearly illegal, would help Torry adopt another kid? Or that they’d even get away with it? You can’t even pull that off with a cat shelter.

12 Replies to “TORRY/NANCY HANSEN LAWYER IDENTIFIED: AND NO! THAT’S NOT THE ADVICE SHE GAVE!”