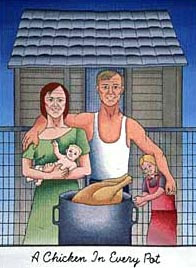 I’ve been meaning to post this for some time.

The Indian Association for the Promotion of Adoption and Child Welfare, in conjunction with Olgivy & Mather, Mumbai have produced a set of adoption ads–Adoption. You will receive more than you can ever give—that can only be termed “disturbing.” (No, the picture to the left is not one of them!)

Olgivy and Mather should know better It’s not some trash outfit. I happen to be very big on advertising aesthetics and am probably one of the few people reading this who actually consider advertising an art form. I can spend a lot of time perusing magazines for ads, not articles. That no one seems to have noted that this campaign, which was a 2006 finalist in the London Arts competition, screams pedophila, surprises me. I’m probably naive.

These are ads that only a Matthew Mancuso could love. Too bad he can’t see them, but he’s in the slammer for the next few decades for forcing Masha Allen (latest Masha entry with links to earlier posts) to nurture him and his camera on a daily basis until the FBI caught him. Perhaps if Masha’s chief agency Child Promise, formerly known as Reaching Out Thru International Adoption, had picked up these ads it would still be in business.

An adoptee for every adult who needs one.

7 Replies to “AND NOW FOR SOMETHING REALLY PERVERSE: Adoptees for Adults Who Need Them”