You know how baby dump pushers are always yabbering about how they just need more $$$$$ to spread the word around to parents that its brave, courageous, and loving to abandon your “unwanted babies ” under the safe haven no blame no shame-no name scheme they’ve set up? Well, here’s an interesting story out of Brazos County, Texas.

Last week Susan Chiniewicz, 35, was charged with 1st degree murder in the death of her newborn son whose body was found last October in a trashcan at the Texas World Speedway south of College Station. What makes this case noteworthy is that Chiniewicz is a model housewife, mom, newspaper reporter and editor who knew all about Texas’ Baby Moses Law. Brandy Moore, former owner of the The Colony Courier-Leader, where Chiniewicz worked says, “She’s done stories on that before, so she knows. Something must have been going on to stress her out that much.” 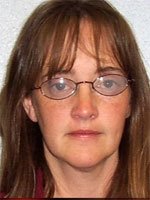 Chiniewicz doesn’t fit the profile of the “desperate” and “frightened” poster mom. Besides being a journalist , she reportedly owns a editorial service and is a very active member of The Colony Chamber of Commerce where she’s an “Ambassador Captain. ” Oh, and she’s married with 3 kids. The family wastat the speedway, in fact, when she gave birth in the bathroom to the 6 pound full term “Baby Joseph.” Chiniewicz initially told police that she’d suffered from a heavy period and may have “made a mess” in the restroom.” Ouch! The autopsy indicated that the baby was born alive and died from suffocation, environmental exposure, and neglect.

On the off chance you think that Chiniewicz didn’t now she was pregnant… she told her husband, who apparently had noticed “the bump” that she had a medical problem that causes weight gain. And none of the neighbors or the Chamber of Commerce had a clue.

Chiniewicz is being held on $3 million bond.

Stories like this must drive Geanie Morrison, John Richardson and the rest of the Texas Baby Moses gang to head for Nuevo Laredo.