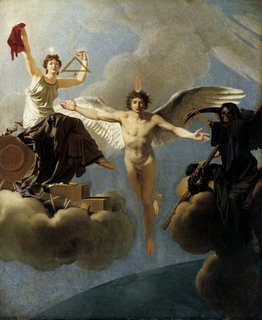 Bastard Nation and Bastardette in particular have taken some hits for our actions to oppose Maine’s LD 1805 (see previous blogs) after legislators attempted (and are still attemping) to gut the the bill and the rights of adopted adults in Maine. Our decision was politically sound and we stick by it. No apologies! I will be posting my owo reply soon. BN’s Janet Allen offers her comments with the full support of the BN Executive Committee below. These comments are also posted on BN Blogs

An achive of the New Hampshire struggle is here.

A member of Access 2006 has left comments for Bastardette. I can forgive the majority of her comment and chalk it up to her great disappointment for the Maine bill that drove her to write. However, there is something that needs to be said and I feel that I am qualified to say it.

Many of you may remember that NH had a bill in 2000 that went before the Children & Family Law Committee. We worked on that bill for many, many months and I never missed one of the subcommittee work sessions. That committee was very similar to the Maine committee, with amendments that were simply not acceptable. I was emotionally and physically tied into that bill with fund raising, state house demonstration and zillions of NH OARC meetings. However emotionally tied up in the bill I was, I was also able to see the writing on the wall. That bill was not going to come out of committee as written and it was going to go to the House floor with amendments. It was at that point that I asked NH OARC to write to the committee and ask them to please kill the bill.

The point is, I have been there and I do understand how hard you have all worked and I do understand what a great disappointment it is but I also know that the amendments you were willing to let it go to the floor with, would have set adoptees back decades. One of the legislative mottos at the NH State House is, “Do no harm”. Maine was about to do great harm. Not just to Maine adoptees but to adoptees throughout the United States.

This is the point where Access 2006 & I part company. We repeatedly asked what the procedure was in the Maine legislature for majority reports and order of amendments. I had to assume that the majority amendment would be voted on first and that that amendment would have to be voted down in order for the reps to even hear any of the other two amendments. Since no one would answer my question on procedure, again, I had to assume that they either did not know or did not wish to share the answer with me. I guess that came as no surprise since Access 2006 was very selective about what information was given out and who it was given out to.

When Access 2006 was first formed, I asked to become a member and was told that I couldn’t. It was only for Maine folks. I was, however assured that they they wanted help from everyone. Then there were legislative meetings featuring our NH Senator and the Maine legislators that I read about on the “public” Access list but I was not invited to. That’s okay, I was still willing to help in any way that I could. So when it was time for the hearing, I drove three hours each way to testify on behalf of the bill as written. The hearing went very poorly and it didn’t take a rocket scientist to see where this committee was going. To be blunt, the committee members were not ready and the testimony given did nothing but lead them down the wrong path.

BN has spent a great deal of time trying to get information, writing in favor of the bill as written and trying to understand what the strategy of Access 2006 was. I am not the least bit apologetic or disappointed that this bill is dead. In fact, I will sleep much better tonight knowing that Maine adoptees are free to fight again in the future without further obstacles to overcome.

Janet Allen is a member of the Bastard Nation Executive Committee and a second term member of the New Hampshire House of Representatives. She was the first person to receive her original birth certificate on January 3, 2005 under New Hampshire’s open records law.