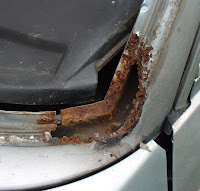 When Neal Young released his 1979 LP Rust Never Sleeps we doubt if he had Sara Feigenholtz in mind. Yet, that’s the phrase that came to mind when I read Feigenholtz’s latest interview with the press in Saturday’s Springfield State Journal Register and other Gatehouse publications.

Corrosion. Corruption. Decay.
Listen to Sara:
I think that non-adopted people take the right to know the first chapter of their life for granted … To know where you came from is a basic human right.
Feigenholtz’s HB 5428, which she claims restores the right of original birth certificate access to Illinois adoptees, guarantees no such right–unless she considers playing wack-a-mole and Mother May I with state functionaries and birthparents and filling out War and Peace-length government forms how the non-adopted exercise their actual right to access their own birth certificates,

We have to stop stigmatizing adoption. Adoption is a beautiful thing. We have nothing to be ashamed of. This legislation turns the corner on the stigmatizing of adoption. 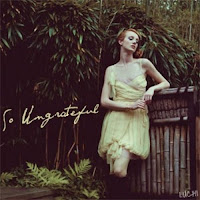 From an email sent by Feigenholtz or a member of her staff, to Washington State bastard activist Lori Jeske, after Jeske objected to HB 5429’s failure to recognize obc access as a right for all adopted, not a government favor for some:

Thank you so much for your kind remarks about HB 5428.

We will pay for your travel and housing expenses if you will come here and start working on a new bill that completes the effort so that all adoptees get their obc.

Are you ready to move to Illinois and sacrifice your life to work for adoption reform for the next fifteen years in the frigid winter tundra of Illinois?
Would you consider giving Representative Feigenholtz the key to your (delusional) Eutopian world where all ungrateful bastards think it’s easy to pass a bill that makes everyone happy AND CAN ACTUALLY PASS ? Pass a law? what a concept !!
Many Illinois born 65+ year old adoptees will get their birth certificates BEFORE THEY DIE— very soon. We will tell them that you would prefer to throw good under the bus while waiting for perfect and that you think they should wait a little longer.
Good luck in Washington state with your efforts. We can hear the unsealing now…….
NOT.\\
The Ungrateful Bastard received no apology, even though the email was widely distributed.

I am always a true believer in restoring rights to people, and I feel that the sealing of adoption records was a very barbaric thing to do. 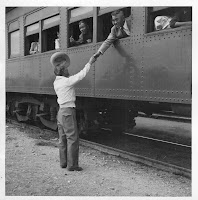 Yet, this is exactly what Sara the Barbarian and her HB 5428 do: allows the state to seal records via disclosure vetoes.
Listen to Sara:

21 birth parents have exercised the option of anonymity, according to Feigenholtz, who doesn’t anticipate a dramatic spike in that number.

Illinois is the 10th and largest state in the nation to enact such a law, according to Feigenholtz.

Only six states, Kansas, Alaska, Oregon, Alabama, New Hampshire, and Maine recognize the right, without restriction, of all their adoptees to their own birth records. Deformers such as Feigenholtz float Tennessese (as I wrote the other day) and Delaware as open states although obcs are sealed with disclosure vetoes. Tennessee also has a contact veto criminalizing bastards who contact first family members without parental permission. Feigenholtz, who can’t tell the difference between an “open” and closed” records state, is hardly an expert witnesses–or pusher- for records access.

Listen to Sara:
She said she believes “all eyes are on Illinois” now to see how the legislation pans out. It is her hope that Illinois’ example will serve as a catalyst for other states to take similar action. 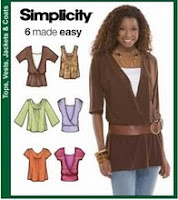 If the “eyes” of the country want to see how legislation pans out, they have only to look to the six states that are open, not to Illinois and its fake bill and incompetent sponsor.
Sara Feigenholtz and her underboss Melilsha Mitchell have never heard of the concept of Simplicity of Language. Oregon’s ballot initiative read:
Upon receipt of a written application to the state registrar, any adopted person 21 years of age and older born in the state of Oregon shall be issued a certified copy of his/her unaltered, original and unamended certificate of birth in the custody of the state registrar, with procedures, filing fees, and waiting periods identical to those imposed upon non-adopted citizens of the State of Oregon pursuant to ORS 432.120 and 432.146.
Successful bills in other states are only a few pages long. The Feigenholtz/Mitchell 80 page bloviation isn’t a bill to be read, much less be enacted.
Gone unmentioned in all of Sara’s media parlez vousing is the fact that not one single adoptee rights or adoption reform organization in the US supported HB 5428. Feigenholtz, in fact, knew that the bill with all its dead ends, and smoke, and mirrors, would be so unpopular that she smuggled it through the House in a shell bill. With typical Chicago-style politics, the bill’s intro and subsequent House hearings were backdated so that no one even knew the bill was up for a hearing, much less even existed, until the bill was on its way to the floor of a Sara-friendly House. (Go here for a discussion of the Committee/House calendar and the rigging of the bill).
Testimony in the Senate was limited to two opposition witnesses (one an anti-abort, not on the same page with bastard righters). It was all shut up and sit down. Although a number of bastards were present at the hearing to testify against the bill and other opposition testimony had been submitted in writing, the committee railroaded the bill out and on to the Senate floor over the silenced objections of the cranks, and fringes, and crackpots who have the funny idea that rights are for everyone, and not up for political grabs. (Go here for my detailed review of much of the Illinois fiasco.)
The sad part of this is that Feigenholtz had a real chance to pass a real bill that would have restored the right of all Illinois adoptees to their records. Instead she chose to take the easy way with a piece-a-crap bill that continues the bastardizaiton of bastards and lets her collect awards
For 15 years or more Sara Feigenholtz has crawled over the backs of bastards in the trenches who have spent their lives and treasure restoring our rights. Feigenholtz has used adoptee rights superficially to aggrandize herself and help build her so-called prog political career, while those in the movement have denounced her and her bills repeatedly. Outside of Melisha Mitchell, who makes money off of adoption secrecy, no one involved seriously in adoptee rights or adoption reform will go near her. The media is forced, then, to find outsider innocents unaware of the history of the fight for adoptee rights in Illinois, the bill’s contentiousness, or Sara’s mendacity to stand with her. (Look out liberal LGBT and feminist base!)

There is nothing progressive about Sarah Feigenholtz. Or even remotely liberal. She has no ideology but power. She’s old-style Chicago politics. Feigenholtz has ignored, rejected, and betrayed adopted people in Illinois and throughout the country with her disregard for the people she claims she represents. She couldn’t even be bothered to respond to emails she solicited for records access input a few years ago, except to hit up the writers for money when she ran for Rahm Emmanuel’s’ seat in Congress–and lost.
HB 5428 is a slap in the face of every bastard, every parent , every sister and brother and friend, every legislator who believes our rights are sacrosanct and not to be compromised. HB 5428 is especially a spit in the face of legislators who shepherded good bills through, and with heavy heart, killed bad bills out of respect and solildarity for the movement and their personal belief that no one should be left behind. Sara Feigenholtz is no Bastard Goddess.
Corrosion. Corruption. Decay
Rust never sleeps.
And neither do bastards. Sara, you are obsolete. Your rust, corrosion, corruption, and decay have eaten you.

One Reply to “Sara’s Bastards: Feigenholtz Continues to Lie about her "law"”