I’ve run short of time today, so to keep up the pace I’m posing here part of my study of adoption in film. This is first part of my longerl Where We Came From that I presented at the ASAC conference in Tampa in 2005, though this part was not included in the final draft. It stands on it’s own, though, there is much more to say about Griffith’s “bastard/adoption” work.

Many adoption films are family melodramas, and from the earliest films, the wronged woman and her child – wronged by husbands and fathers, parents, reformers or social workers – have been the subject of film. The study of American adoption film starts with D. W. Griffith. Griffith’s artistic view was more than loosely Victorian with values drawn from the antebellum South, theatrical melodrama, and Populist agrarianism.

Griffith was a notorious melodramatist even when traditional melodrama was out of style; a non-Marxist advocate for the oppressed and powerless; an upholder of the bourgeois family as the ideal. He was against the forces of reform and the hypocritical “uplifters” whom he mercilessly attacked his films. The subject of many Griffith films is the interpersonal drama of the family within its social and historical setting—under attack from within or without—a form which continues in family melodrama and soaps today. His dramas were usually a structured attack on or a defense of the integrity and/or virtue of the woman and the social codes and prohibitions which enable her to maintain her place.

While the Cult of True Womanhood, with its Rousseau-like view of female piety, purity, domesticity and submissiveness, was still widely sanctioned in the US prior to World War I, Griffith’s early Biograph maternal melodramas were excessive for his era, and became more so as time went on. Between 1909 and 1920 Griffith directed at least 10 films that can be identified as bastard/adoption- related including A Baby’s Shoe (1909) Ramona (1910) and Female of the Species (1912), a Darwinian survival tale of three gun-toting women who find a lost infant while fighting their way across a dust-choked desert. This theme was later developed by John Ford and others in the maternal-male genre seen in films such as Three Godfathers and Three Men and a Baby, a genre still produced today.

One of Griffith’s early Biographs, The Rocky Road (1910) exemplifies his simple yet extreme moralizing, and in terms of today’s open records debate, it shows the melodramatic consequences that might befall those who are adopted and cannot access information about their origins. The plot involves Ben Cook, “a man of intelligent energy”, who, in the face of financial reverses, takes up liquor. Cook beats his wife and 3-year old daughter, runs away to another town to sober up and gets a job in a sawmill. Cook’s wife searches for him, and when her mind becomes unhinged, her daughter is adopted by another family. Years later, the daughter, played by 13-year old Blanche Sweet, unwittingly becomes engaged to marry her own father. When her mother learns of the impending wedding, she rushes to the church, and falls dead into the arms of her former husband.

While one can laugh at over-dramatized psychosexual plots such as The Rocky Road, Griffith’s serious bastard/maternal work can be found in his classic films, Intolerance (1916), Broken Blossoms (1919), and Way Down East (1920) These films explore the issues of poverty, child abuse, bastardy, and motherhood in and out of marriage – all within the framework of Progressive reform and often hypocritical judgment and “uplift.”

Decrying the encroachment of urbanization and industrial capitalism, Griffith’s work followed the tradition of social commentators like H.L. Menken who identified reformers as meddlesome, hypocritical busybodies (a thread that runs through many adoption films.) Numerous “uplift committees” and “purity leagues” fell before Griffith’s irony and satire. This is especially true in Mother and the Law, the contemporary arc of Intolerance where the uplifters were identified as the newest representatives of intolerance, perpetuating the very conditions they professed to ameliorate. (The removal of the baby by the unpleasant uplifters begins at 40:00 and lasts until the end). Griffith assigns the motive of the uplifters to a half-conscious envy of youth, vitality, freedom—and, viewed with a bastard eye—the “other woman”’s fertility. The pointedly unattractive old maid sister of mill owner Jackson is seen leading an increasingly ambitious and mean-spirited classist campaign against saloons, whorehouses and workers’ dances. The intertitle describes their work: “When women cease to attract men, they often turn to Reform as a second choice.”

When The Boy (Bobby Harron) is framed by The Friendless One (Miriam Cooper) and sent to prison for murder, Miss Jackson and her friends march in prudish lockstep to the working class flat of his wife, The Dear One (Mae Marsh), declare her an “unfit mother” and literally wrestle her baby from her arms. They remove him to an orphan asylum, where is he watched over in the baby ward by nurses who dance the two step with each other accompanied by the intertitle: “Of course, hired mothers are never negligent.” 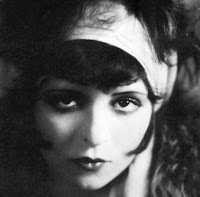 Another frighteningly self-righteous relinquishment scene is played for laughs 10 years later in the classic flapper film It (1927). In It, Betty Lou, (Clara Bow) pretends to be the mother of her unmarried roommate’s baby when two neighborhood Grundys attempt to take him to a “home.” Where Griffith suggested that Jackson’s sister needed a husband, Bow was more blunt: “If women like you would stay home and have babies of your own, we’d all be better off.”

While Intolerance examined contemporary urban life, Way Down East, an old fashioned horse and buggy melodrama, exuded a late-Victorian backwater mood of prejudice and small-mindedness that belied the cultural and sexual realties of America portrayed in Intolerance. Heroine Anna Moore (Lillian Gish) is caught in the nexus of two cultures: the high life of the city and the simplicity of the country. While the “city playboy” with his lure of material goods and marriage is the agent of Anna’s fall, she is guilty of nothing worse than naiveté and misplaced trust. The revelation that her marriage is illegal, coupled with the death of her newborn baby, forces Anna to flee to the restorative calm of the country. It is here where Anna runs afoul of Miss Jackson’s Country Cousin, more than happy to spread the word about Anna’s unwitting unwed motherhood. The malicious meddling of the neighbor and the prejudice of her new suitor’s father, drive Anna from Eden and into the arms of the most famous blizzard in film history, and to certain death on an ice floe (only to be saved in the nick of time by the love and courage of a good man.) Gish’s Anna marks the turning point in American melodrama: a rejected and solitary individual against the current. All-powerful destiny has been replaced by all-power society, a general theme that American melodrama and bastard films continue to follow.

4 Replies to “Natural Mother Experience in Film: a Brief Review of D W Griffith and the Grammar of Film Adoption”