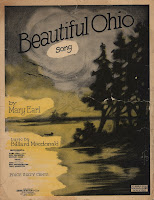 On Wednesday April 16, HB 7 (as introduced) was replaced with Sub (stitute) HB 7 which removed records access altogether. (The sub bill is not posted yet on the Ohio Leg page but can be found here under LSC ). A vote on the sub bill was delayed a week to give interested parties and pols time to respond. The schedule for next week’s hearing won’t be released for a couple days. I’ll post it here and send it elsewhere as soon as I have it. It will probably be on Wednesday.

BEAOhio and Bastard Nation are very concerned that even if access is returned to the sub-bill, the bill may end up compromised with a disclosure veto, beefed up CI/Registry scheme, etc. The Ohio Catholic Conference, for instance, recommended that the legislature create a new and improved active reunion registry (it is now passive) in which the state would have 18 months, after an adoptee requests his or her identifying information, to obtain birth parent approval or veto for release of the document. After that period, if there is no word from the parent(s) the obc would be released. Yeah, the under-staffed, under-funded and over-worked Vital Stats folks will really fly with that one! And if you don’t think that what happens in other states stays in other states, the OCC notes that this recommendation was lifted from an adopted proposal from the Catholic Conference of New Jersey.

Adoption Network Cleveland, which has worked on this bill for more than a year, has offered the contact preference form to lighten the load, and we agree with that offer. But adoptee rights opposition, most of whom believe that records access = abortion, will want much more. (NOTE: This is not a BEAOhio or Bastard Nation bill. It is part of a larger adoption and fostercare reform package initiated by the legislature).

Even if unrestricted records access is returned to sub bill 7 we are greatly concerned that 1996 (to now) disclosure vetoes will be honored. A bill that honors those vetoes and permits future vetoes is not a clean bill. Passage of such a bill would permit the state to continue treating adopted persons as second rate citizens and continue to let a small number of individuals practice special rights.

I’ll post the action alert as soon as possible. In the meantime go to My Space BEAOhio and Adoption Network Cleveland for more information about the bill.

I’ll be at the hearing!

One Reply to “OHIO: Update on HB 7–Records Access Removed!”