Sad news out of Australia.

On Tuesday, internationally renowned first mother activist Di Wellfare passed away reportedly after a fight with pancreatic cancer. Di was the founder of Origins-New South Wales. She was a pioneer, a fighter and a visionary. A woman and mother to be reckoned with. She changed the face of adoption Down Under and beyond.

Di and I used to go at it on alt.adoption. She was really good at pissing off people on our side. I can only imagine what she did to the other side. But Di didn’t care what people thought–a trait we should all cultivate. Most of our clashes were about strategy and her occasional odd ideas about American history. 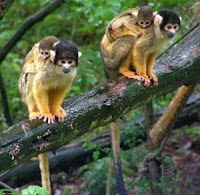 One of Di’s most famous pronouncements on alt.adoption was about monkeys. It remains a running joke there:

Don’t flatter yourself too much about parenting. It hardly takes intellect, just instinct. Even monkeys do it hanging upside down in a tree, scratching their bums at the same time. In case you still don’ get it, which you obviously won’t, it means: dont’ think you’re superior because you parent. Even monkeys do it.

…you sure you can’t hang upside down in trees?……oh nevermind.

You’d never get it.
Di

A sentiment, which, of course, I am in total agreement. It probably played a part in our truce. We stopped bickering a few years ago when we started to write privately off-and-on away from alt.adoption. I warned her about safe haven schemes coming to Oz. She’d assured me it would never happen on her watch.

Through Di’s tireless work, the government of NSW offered an official apology to women whose children had been taken from them and put up for adoption for no other reason than than they were young and unmarried. I suspect the apology was just a first step for her. Di wrote:

Along with the perpetual violation we felt in having so-called adoption professionals and others justifying and exonerating themsleves of their own complicity in this scandalous practice, that had preyed upon our vunerable state when we were too young, and too oppressed to know how to fight this wicked system, by hearing adoption of newborns now being referred to as a social phenomenon of a social era that is passed – rather than the illicit raping of babies from their mothers that it was – we decided enough was enough.

With everyone adroitly avoiding the truth, at our expense, we realised that by remaining silent we had inadvertantly become the “keepers of the lie” and we knew that until mothers began speaking out publically about our abusive and inhuman treatment – the myths, lies and deceit upon which adoption has thrived, would continue to harm the emotional well-being of our children, and we as their mothers would be colluding in our own abuse.

Having researched, we discovered that losing our babies had been entirely avoidable had our legal rights not been contravened. So we made the illicit adoption practices the focal point of our organisation. The law was the only weapon we had to force people to bother to listen to us, and not continue to minimise and dismiss our plight. It was really our cry for acknowledgement of the trauma we were experiencing as a result of these practices.

You can read a memorial to Di here

Robin Westbrook has also posted a memorial to Di, here

And here’s another one. with a picture.