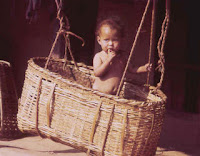 …so why is it being treated as one?

The June 11, 2009 online edition of The Packet/CentralJersey.com reports that on May 6, an unidentified woman driving on the New Jersey Turnpike took the Cranbury exit, and dropped off a 6-month old boy at the local police station. He was accompanied by a blanket, diaper bag, baby carrier, bottle, and stroller.

Now, anybody who has watched COPS knows that police are a curious bunch. Not so in Cranbury, population 2,008 (2000 census). Police asked the woman no questions, and called DYFS. The abandoner stuck around long enough to “speak to their representative” when the agency picked up the infant. What she had to say is, of course, a state secret.

Cranbury police chief Ed Kahler is ecstatic: “The bottom line is at least she had enough forethought to take advantage of Safe Haven and knows that the baby will be taken care of.” 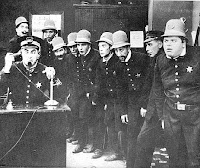 Hey, Chief! This is NOT a “safe haven” catch. This is a drive-by abandonment. If Mom (if she is indeed the mom) had enough forethought to dump the kid on the cops, she had enough forethought to drop by a public or private social service or adoption agency and make an adoption plan. People who are going to stuff their kid into a garbage can don’t take the kid for a drive down the Jersey Turnpike with a carload of baby accoutrements to stuff along with him.

The real bottom line is that Mom is not the marketing icon the kitchen table baby savers foist on us with their dreary-teary PSAs, posters, and webpages: the “desperate” scared teen with a secret just-born she’ll kill if she can’t ditch it anonymously with no blame, no shame, no name.

This baby is 6 months old. He has–or should we say had?–a name and a history. He has a father, grandparents, an extended family. Maybe he has siblings. Somebody is going to miss him. Somebody is going to ask, “Where is he? What did you do with him?” We’d love to hear the answer to that one.

We suppose Tim Jacard, Elizabeth Rex, Marie Tasy, and the rest of the tri-state baby dump mafia popped the champagne corks when they heard this one. If it saves just one–even if it’s illegal, unethical, and immoral. When the kid comes back to bite us on the ass 20 years from now we’ll be too old to feel it. Or care.

Despite the rah rah rah, we are pretty sure that the court will not adjudicate this abandonment as a “safe haven. ” Unless kin or Mom comes forward to reclaim him, it will probably go down in the books, due to DYFS interaction, as a worst practice surrender. The damage, however, has been done. By police and press promoting this dump as a “safe haven,” Jersey parents are told it’s OK to abandon your kid at any age.

The only ray of hope in this is the three commenters on this article see through the scam.

One Reply to “NEW JERSEY: THIS IS NOT A SAFE HAVEN….”