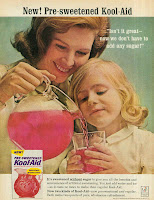 Bastardette has been remiss is writing the last few days. Some other stuff took and continues to take precedence. Some of it bastard related, some not. So, I’m running this off quickly.

One of the things I intended to write about is CARE’s latest move on AB 372.

You know. First CARE wanted to save the old and dying adopted. Now they say they’re changing their mission to save only the yet-to-be-born adopted. Talk about a big ball of confusion! I recommend you read BB Church’s CARE Admits its Lack Implementation Strategy as well as CARE’s apologia Keep Your Eye on the Ball (click on link on front page –“Comprehensive History…”) , written probably by CARE’s “executive director” and professional lobbyist, Stephanie Williams, for a background to CARE’s latest circus trick.

Incompetent CARE’s “Eyeball” attempt to frame everybody but themselves for their defeat is laughable. And it took them nearly a week after their baby was thrown into the suspension file to come up with an explanation.

Yeah, those of us who already have our information or records and “unnamed” organizations that actually promote and win equal access to records who CARE kicked to the curb on Day One, are now the Enemy of the People. No doubt we want everybody else to suffer while we gloat niner niner. That CARE promised Cali adoptees the world and gave them a garbage dump that nobody wanted is left unnoted. I’m not sure what kind of a chance their lousy bill had–probably not much–but hey, why not take credit! We helped put this bill back on the highway to hell from whence it came. Hopefully, it will continue it’s roundtrip and won’t make any detours in the next few days.

Here is what CARE has to say about ethical, comprehensive, and inclusionary bastards, those serious activists who actually believe all adoptees should and can regain their right to birth certificates, and have proven it The folks who believe in doing their homework before they go to class:

Those who have their identity, their story, their “Chapter One” may believe that providing all records instead of some records is the only strategy They can afford to wait another 10, 20, or 30 years or even a lifetime–they know their own Chapter 1.

Are they honest with those who don’t have their truth; those they block forever getting their information by their “take no prisoners” approach?

The statistics in California are staggering, a Judiciary Committee in 2001 rejected release of the original birth certificate. In 2009, ten new faces and a new committee consultant again are unanimous in rejecting reversal of state policy.What is the trigger for legislative change in California? Why are the “no compromisers” not revealing their strategies to engage those who work on all levels of civil rights (ACLU) to convince Them that their issue belongs in the civil rights camp? Why is the dialogue that will bring forward open records by “the take no prisoners” that is superior to AB 372.

No action is inaction.

Hmmm, it appears that CARE now thinks the Empty Pagers can wait 10, 20, or 30 years or even a lifetime. Oh, never mind! And note genuine bastard activist shit kickers don’t believe that for a minute.

All the time CARE was telling the adoption community to not worry, that AB 372 would get better, that we should trust them. EyeBall finally levels with the adoption community, AB 372 is as good as it’s going to get. All that talk about amending it over the next two years, well, those were just words coming out of their mouths and those words don’t mean anything.

It’s lonely being incompetent; success has a thousand authors, failure only one. EyeBall bemoans the fact that they have no allies… well, get used to it. 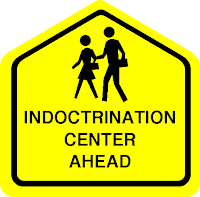 Down, but unfortunately not out, here comes CARE’s next “elegant strategy: a PACER sponsored “birthmother only” support group. ” How thoughtful of them!

“Birthmother” Indoctrination 101 is facilitated by …who else other than CARE’s professional lobbyist, Stephanie Williams who seems to think that a civil rights bill effecting the most intimate parts of lives can be lobbied the way she ran through California highway bills that effect gazillion dollar commercial interests.

What qualifications Williams has to lead a support group are unknown other than she is reportedly a “birthmother” of two children given up through L-d-S in another state. Gee, can there be some other motive here?

Since the email announcement of the new group, sent by CARE Board member Linda “Mama O” Orozco tells us to pass it on, here is the full email.

Please pass on to Birthmothers in our area:

Beginning June 11, Sacramento PACER will have a Birthmothers Only group scheduled for the second Thurs of each month facilitated by Stephanie Williams:

Coming from downtown – exit at Howe Ave/Power Inn Road and make a left. Cross the river and make a right turn on Swarthmore (at the light). Make the first left and park when you see the business building end and the homes start. Walk down the path between the buildings and the homes about 50 feet – the path ends and it dumps you into my street. Her home is on the right corner at the end of the block.

Send it to every first mom you know in the Sacto area. And send this blog along, too. Tell them:

Do not go to this group.

Do not be indoctrinated by CARE.

Do not let CARE sell out the civil rights and birthrights of you and your adult children for favors to a privileged few.