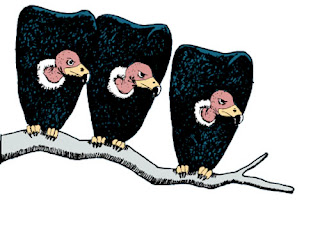 Baby Safe Haven New England’s Jean and Mike Morrisey, and their teen baby dump diva Renee Marcou pecked their way into the zippity-do-dah session of the Unicam, where leggies couldn’t wait to pass LB 1, normalize child abandonment, and be out the door. Here’s a picture of Mrs. Morrisey in her notorious white suit, “safe haven” spokesinger Ms. Marcou, and Sen. Arnie Struthman, who started the whole Nebraska Fiasco with LB 157. From the look on Struthman’s face, he can die a happy man now. It’s not everyday a fella can wreck his state’s child welfare system AND get a thankful hug from an up-and-coming pop star hottie. Maybe they submitted testimony, twisted arms, or wagged appropriate cleavage behind closed doors, but neither the Morriseys nor Marcou testified during the Special Session, That would hardly keep them from the photo op, though. with the hint that they were important players in baby dump 2.0

According to a thinly veiled press release distributed by Baby Safe Haven Maharishi Mike Morrisey. (compare the November 23 press release on Marcou’s MySpace blog page to the article in the November 25 edition of Marcou’s hometown paper, the Wilmington Advocate— embedded music video of her new release “Don’t Let Go” included), Marcou was “asked” to travel to Lincoln and Omaha to “continue her [Baby Safe Haven] public awareness radio tour.” Who invited her isn’t revealed. We can guess.

This isn’t the fist time the Ms have trolled through corn country. You can listen to a radio show with Mike on KLIN-AM back in September 2007, where he talks about Nebraska’s baby abandonment “epidemic” and gives instructions on how to squeeze city councils to pressure the Unicam to keep up with the Joneses. Marcou has been hip-hopping all over New England at the behest of BSH (doncha just love that acronym?) spreading the joy to teenage girls who Marcou says she can relate to and communicate with. “I have seen the panic and know that things happen.”

The media hound Morriseys hitched their wagon to Marcou’s star about a year ago. It has been mutually beneficial. According to the press release, the spokessinger has made over 30 TV and radio appearances for “Baby Safe Haven New England” since then. Go over to My Space Baby Safe Haven and click on “videos” for an entire BSH-Marcou docudrama. Nothing sells records like dead babies.

During her whirlwind tour of Nebraska, Marcou dropped by the Koby Mach show on KLIN. Koby wasn’t there, but Kevin Thomas was. In a nearly 6 minute interview, Marcou cluelessly discussed the corporate pop, politics. and cultural co-option nexus of which she is the culmination (so far) that the Morriseys constructed starting in 2004-2005 with their unforgettable Baby Safe Haven Rap and attempted recruitment of teens into their midlife crisis. What happened to the BSH ring tone? I wanted one. I am, however, the proud owner of a BSH t-shirt, gifted me by Jean Morrisey herself, during an encounter on Beacon Hill. 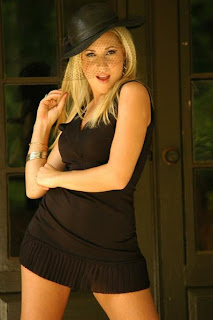 THE INTERVIEW
THOMAS: You predominantly started in the northeastern part of the country. How did you get in to the “baby safe haven” issue?

MARCOU Well, the directors of Baby Safe Haven New England reached out to me through an interview they had saw me on and wanted to know if I was interested. And, of course, I jumped right on it. You know, anything with a powerful message I like to be a part of. So–And I truly believe in it.

THOMAS: How long have you been in involved?

MARCOU Just about a year now.

THOMAS; And so when you go to radio stations and televisions stations–particularly in New England and now branching out to other parts of the country, as well–I know you were talking about Hawai’i a little bit earlier When you go to places like that, you are somewhat at home behind a microphone. Tell us, about your background first.

MARCOU: Well, I am a singer and a songwriter, so I’m pursuing a music career. I’ve been– I’ve been doing that for so many years. I’m releasing an album coming out soon, and I really just got involved with the Baby Safe Haven Law about a year ago, you know. I want to grow with it and have it grow with my career as well.

and later, still trying to get an answer:

THOMAS: I’m a little curious as to how a pop singer/songwriter got involved in this. I know they contacted you, but what inside you made you get involved?

MARCOU: You know, it’s obviously a good cause. I really believe in it. There’s a powerful message, you know. As I’m growing as a singer, I hope that that this law will be able to grow with me and eventually be doing tours, you know all radio stations all over the country.

Through all that we still don’t know why Ms. Marcou is engaged in promoting child abuse through abandonment, identity erasure, abrogation of parental rights, and an end run around best practice child welfare and adoption. We have no idea what she finds appealing about secret pregnancy and nobody-will-ever-have-to-know unattended birth. But it’s a great career builder! After all, how many radio stations would have let her through the door without the BSH imprimatur?

MORAL PANIC
That Ms. Marcou and her scavenger mentors are flitting cross Nebraska’s airwaves urging young women to secretly drop their newborns into the OFFICIAL STATE DUMPSTER is… well…crazy!

Nebraskans don’t dump their babies. In 12 years (1996-present) there were 5 reported cases of live newborn abandonment (2-3 left in relatively safe places) in Nebraska, 1 hospital abandonment, and 1 dead abandoned newborn, cause of death undetermined.

In the four months that Nebraska’s “unique safe haven law” was in force, at least 50 cases of Big Kid abandonment or attempted abandonment were reported. More have probably been disappeared from the records. Absolutely no newborns were dropped off. And you can’t say nobody knew about the law.

You can almost feel the hot tears of frustration: nobody, legally or illegally, dumped their newborn while the old law was in place. 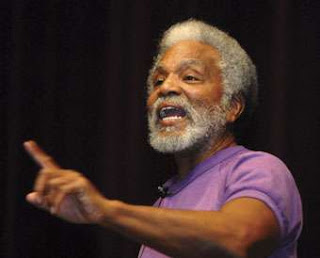 Sen. Ernie Chambers (l) feels their pain,too. Chambers, opposed to any kind of legal child dumping, made possibly the most astute comment throughout the Special Session when he opined “toot-toot” as the safe haven train rushed down the track. Chambers told the Judiciary Committee that he could be guarantee that no newborns would be dumped in the state before the start of the regular Unicam session in January 2009. Maybe even longer. But the Monday Lincoln Journal Star reported in a frontpage puff piece on Marcou and the Morrisesys that “safe haven advocates say it’s a real threat.”

Damn it! Dump those babies now!

Marcou’s new CD is out, and her album, “Don’t Let Go” will be released soon. Her two singles have gotten a lot of play: Collide, about a female sexual predator picking up a one night stand and Don’t Let Go which includes the words:

When everything inside ya tells you
Don’t let go
Don’t let your love slip away
How could you let her go?…

Or maybe they’re a thick as a brick