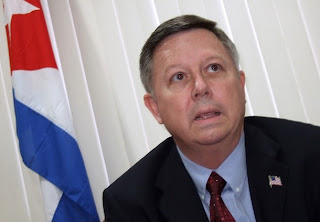 Bastard Nation sent this letter to Nebraska governor Dave Heineman today. It is also going out to the Unicam and selected Nebraska media.

Bastard Nation, the Adoptee Rights Organization, is deeply troubled by the decision of last week’s Special Session, to repeal LB 157 and replace it with the equally odious LB 1. By doing so, Nebraska, institutionalized child abandonment, making it just another normal choice for parents unable or unwilling to fulfill their responsibilities to their children.

Since their inception in Texas in 1999, Bastard Nation has opposed all so-called “safe haven” laws, which we call “baby dump laws.

The causes of child dumping are social isolation, fear, family dysfunction, mental illness, substance abuse, poverty, and lack of social services or ability to access those already in place. LB 1 and its previous bill, don’t address these deep-rooted social and economic problems. They just make them “go away,” out of sight out of mind. The problems of parents, whether they are a frightened 15-year old mom of a newborn or a 55-year old grandpa caring for a mentally ill grandson, are very real, and they cannot and should not be solved by a quick-fix, government facilitated and promoted child abandonment program.

Child abandonment is child abandonment no matter at what age and what kind of a comforting name you slap on it. Just because a child can’t remember what was done to him or her, doesn’t lessen the act, the pain, the harm, or the questions those kids will endure throughout their lives. Nebraska’s new plan to divvy up children by age, into those worthy and those unworthy of abandonment protection is not acceptable nor is it best child welfare practice. Aging down to 30 days simply creates a new set of abandoned children and their families who will suffer the lifelong consequences of bad legislation.

Nebraska had it right the first time. It was the last state to pass a “safe haven” law. It could have been the first to repeal before more families are harmed or even destroyed.

Last week, Nebraska’s children needed an advocate—a friend. For those too young or unable to speak for themselves, they needed a voice. Up until the very vote on Friday morning, a bill could have been introduced to permanently repeal LB 157 with no amendments or new bills later. Nebraska could have initiated a child-centric, compassionate common sense approach and message that the state does not support any form child abandonment under any circumstance. The Unicam rejected that option and took the quick-fix out.

Nebraska’s kids got a law that continues to abuse them through legal baby dumping. They got a task force that will pat itself on the back and do nothing. The victims will remain voiceless.

Aging down LB 157 did nothing to change the message that it is OK to dump your child. As long as Nebraska condones the abandonment of any child, all children—and their families– are in danger.

2 Replies to “NEBRASKA: BN LETTER TO GOV. HEINEMAN–AGING DOWN DID NOTHING TO CHANGE THE MESSAGE THAT IT’S OK TO DUMP YOUR CHILD”