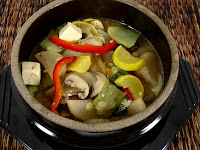 Bastardette is on several email lists where Medical Adoptions (see previous entry) is being discussed. Adoptees and fellow travelers continue to find the page brilliant; the professional adoption class continues to dither in its stew. Some JCICS (Joint Council on International Child Services) agencies reportedly have complained about the site to the FBI and other “authorities.” If foreigners read the page, they’ll believe long-standing tales that USians adopt baybees for body parts, Of course, this is blatantly untrue. Nobody steals child kidneys and gall bladders–only identities.

Ultimately, this grousing is all about “saving adoption” and much of the complaining comes from the same crowd that tried 3 years ago to stick a gag in Masha “for her own good.” Adoption is just such so fragile… 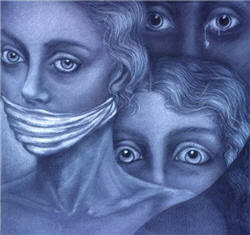 Clearly, the “institution” of adoption is much more important than the children it allegedly serves–even victims of sexual violence like Masha or those killed by their “forever families.” And let’s not even look at what it does to grown-up beneficiaries! Do we still need to discuss what the war against adoptee rights is really about?

Adoption apparently can only flourish in secrecy. Anything–Masha’s speaking out, a satirical webpage, Who’s Your Daddy?–are clear and present dangers to that institution and must be shut up and shut down. Sound familiar?

Ironically, Adoption American Style doesn’t need any outside force to knock it off. It’s doing a good enough job of killing itself. RIP!

I once more commend you to James Marsh’s ChildLaw blog. In the last few days Marsh has published several blogs on new and very disturbing news about pedo adoption rings, Masha’s case, and industry and state collusion. And silence.