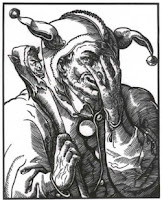 It does not take an English major, computer genius–or a “WARNING: SATIRE AHEAD” banner to figure out that Medical Adoptions is satire.

The alarmed didn’t even need to go to Snopes to assuage their greatest fears. All that was necessary before hitting the hissy switch was to go to the very bottom of the Medical Adoption web page and read the following:

Of course, there will always be those who believe there really are companies that set up conjugal dates for convicts, that the Catholic Church has established a “Victims of Children Fund” or that corpse compacting is the new environment-friendly funeral option. If people will believe ManBeef, they’ll believe anything. Just because something could be true doesn’t make it true. Just ask Jonathan Swift.

Obviously, everyone has a right to be disgusted and to voice that disgust. But when you ratchet up that disgust to demand that a webpage be shut down or a person or organization be shut up by government force because you don’t like what they say or do it’s another story.

If anyone should understand the consequences of censorship it should be adoptees whose very identities, families, and histories are censored and fictionalized by the state. Yet, some adoptees (whose work I generally admire) and their reform friends on lists and blogs demand government censorship of a perfectly legal website that sends up some of the same things these complainers complain about daily: exploitation and unethical adoption practices.

For some reason, satire, if it flicks their trigger, is neither funny nor useful to them, even when it is to their benefit to be in on the joke. If schools spent more time on literature, history, and the Constitution and less on abstinence, creationism, and self-esteem building people might understand this. Or maybe they just need stir up a pitcher of martinis and turn on a Les Baxter LP.

My good friend BB Church summarizes the Medical Adoptions furor quite well. In a personal email to me he wrote (quoted with permission):

Medical Adoptions is the perfect mirror of adoption agency websites with their profiles. promises, and pimps, something that makes the alleged snitching by JCICS agencies to the FBI and other authorities particularly hypocritical and worthy of satire itself. Neither JCICS or its agencies to the best of my knowledge has ever demanded that the FBI or any other “authority” track down and remove the thousands of images still on the ‘net of the rape and sexual torture of 9-year old adoptee Masha Allen by forever dad Matthew Mancuso. Nor is JCICS on record for even smacking the snout of their agencies involved in the placement of Russian adoptees murdered by their forever families. Across the board, adoption promoters, no matter what their ideology. routinely sweep away unpleasant adoption realities. For “our” own good.

This week while the Medical Adoption brouhaha raged through AdoptionLand NBC Dateline ran a segment on a Guatemalan adoption broker coaching a suspected molester on child procurement, the spokesperson for the Florida Department of Children and Families was charged with 8 counts of procuring teenage boys (one in DFC custody) for “purposes of sexual performance,” and John Stossel grumbled that the Guatemalan government and US State Department initiatives on ethical child welfare policy and placement harms adoption.

Even the folks at Medical Adoptions couldn’t come up with this.

10 Replies to “CENSORSHIP: FOREST OR TREES?”