Don’t let anyone tell you that bronchitis is a $64 word for “bad cold.” It’s not. This nasty piece of work brought me so low that I nearly went to the ER (an unheard of event) out of fear of congestive heart failure or pneumonia (at best). Fortunately, my local Urgent Care was open last weekend, and I’m on the road to recovery. I think.

As a consequence of this turn of events, I’ve spent nearly the

last two weeks in bed sleeping except when mulling over Britney Spears’ mental condition, watching Ocean Force, Forensic Files, and Body of Evidence marathons, and grousing over a recent upsurge in Primal Wound complaints amongst the adopted class. I considered writing here, but frankly, I get my comfort from Dayle Hinman, blood spatter analyses, and tests for exotic poisons; not carping through the neuroeccentricities of AdoptionLand.

Then along came HB 1758, Missouri’s latest attempt to restore access rights to the state’s disgruntled bastardy. So far, it is a clean bill. But…

In Missouri, adopted persons never grow up and are not only required to get birth parent approval, but apparently need adopter, “adopted sibling,” and adoption agency or juvenile court consent or at least notification when they request “identifying information” or want to make dreaded contact with first family members! BastardHazard Ahead! Bastards must be quarantined. Their records fumigated by the state.

In 2004 when the subject of adoptive parent consent for birth records access came up during a New Hampshire hearing, even NCFA prez Tom Atwood was taken aback by the idea that adult adoptees could fall prey to adoptive parental authority. Atwood replied something to the effect, “I’ve never heard of such a thing…Well that’s a bit much… No!” So, Missouri beats out NCFA for sheer control freakiness and adoptee infantalization. (NOTE: Old NCFA supported a 5-signature family reunion registry, but that seems to have gone the way of calling adoption reformers “anarchists”)

According to the HB 1758 summary here are the barbed wire bales that Missouri Bastardy is currently expected to jump through, over and around to get their own information:

Currently, the state registrar can only open an adoption file if
a certified copy of a court order has been issued. This bill
allows any adopted person who is 21 years of age or older to
submit an application to the state registrar and, upon receiving
the application, be issued a certified copy of his or her
original unaltered birth certificate and adoption records.
Adoption records will include the original birth certificate,
consent to termination of parental rights, waiver of consent to
future adoption of the child, adoption decree and order, social
history, temporary custody and adoption petition, and any state
agency or court documents regarding the adoption.

Authorized individuals, including any adopted person who is 21
years of age or older, are allowed to inspect or copy any files
and court records of adoption proceedings. Persons who permit
inspection or copying by any unauthorized individual will be
guilty of a class C misdemeanor. 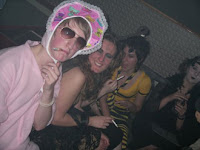 The bill removes the following requirements regarding the release
of identifying information:

(1) Consent of the biological parents to release their
identifying information before a court can release it to an
adopted adult;

(4) Execution of an affidavit by the biological parents to
release their identifying information to a court in order to
disclose the information to their adopted child;

(5) Determination by the courts if identifying information of a
biological parent can be released to an adopted adult for urgent
health-related purposes;

(6) Consent of the adult siblings of the adopted adult to
release their identifying information; and

(7) Confidential contact by the Children’s Division within the
Department of Social Services with a biological parent that has
not given consent of release of identifying information when a
possible match has been made in the adoption registry. 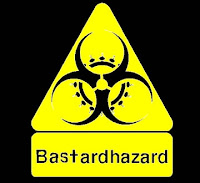 I can think of no other state that is as weird as The Show Me State in refusing to show its adopted population their own information. This includes the Draconian states of Texas, New York, and Florida which in comparison are almost bastions of liberalism! The way Missouri acts, you’d’ think adopted persons were walking bronchitis bombs created to contaminate the health of the state If only the remedy for this were as simple as a trip to Urgent Care.