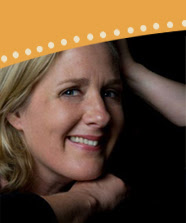 Good news from adoptee comedienne/actress Alison Larkin! Her novel The English American will hit the bookstores on March 4. Based on her 1-woman show of the same name, the book has picked up lots of pre-publication interest. Alison performed the English American at the 2003 Bastard Nation conference in New Orleans and I saw an abbreviated performance at the 2004 Kansas AAC. The English American is fresh, funny, and timely…the perfect bastard pick-me-up! It’s a wonderful exploration of the absurditiy of the adoptee experience, personal and politically. The publicity it’s already receiving in the national media should open minds.

Alison is an important adoptee voice. Support her and The English American. Get the word out…and buy the book. Amazon is offering a pre-publication sale. (see below) Bastardette just ordered hers.

BTW, I have some great pics of Alison from KC. I need to find and scan them and I’ll put them up here In the meantime, here are some “official” photos.

Below is a press release from Alison with details. 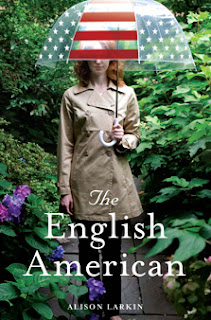 I am thrilled to finally be able to let you know that my novel The English American is being published by Simon and Schuster on March 4th 2008. It tells the story of an adopted English woman who finds her birth parents, a new homeland — and her self — in the United States.

“The English American is a hilarious, moving, page-turner of a novel. It is the first time an adopted heroine has been authentically portrayed in fiction with genuine mass market appeal.” — Annette Baran, co-author of The Adoption Triangle and Lethal Secrets.

In March and April I’ll be going on tour across the country– NYC, Washington DC, L.A. San Francisco, Portland OR, Denver CO, Cambridge Mass to name a few places. I’ll be appearing on tv and radio and entertaining, reading and signing books at bookstores and other venues. (See Appearances for full tour info.) I would love to invite as many of you as possible to come and join in the conversation, which is likely to include the subject of open records. Please spread the word and post the tour information in any newsletters you might know of/. We have a LOT to talk about! If you’re on a budget, there is a great pre-order discount price right now on Amazon.com. (If you know of any groups who are likely to be interested, Amazon offers free shipping for larger orders.)

The English American
A Novel
by Alison Larkin
Coming from Simon and Schuster March 4th, 2008.
For more details go to www.alisonlarkin.com 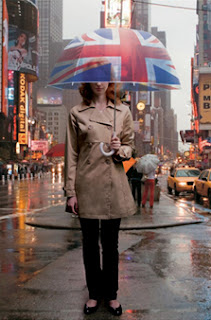 Alison Larkin has written a book that makes you laugh and cry at the same time. Not only that, The English American is a story that you’ve never read before… You will love it!”–Gail Parent, Emmy Award winning writer for Tracey Takes On, The Golden Girls, and The Carol Burnett Show

Writer/comedienne Alison Larkin’s one-woman show has been acclaimed on both sides of the pond. (“Alison Larkin’s autobiographical show offers hugely entertaining reflections on how we become the kind of people we think we are… and the ups and downs of the great Anglo American love affair” Clive Davies, The Times, London.)

In her hilarious and poignant debut novel, THE ENGLISH AMERICAN (Simon & Schuster; March 4, 2008; $24.00), Larkin draws further from her experiences as an adopted English woman who finds her birth parents – and a whole lot more – in the United States and weaves them into a compulsively readable work of fiction.Larkin’s debut novel takes a comedic but heartfelt look at issues of identity, heredity, and self-acceptance…Pippa is a complex, compelling character—truly an amalgam of her heredity and her environment—and readers will root for her as she uncovers her roots and finds herself.”
—Publishers Weekly

“The most compelling novel I have read in years. Fast-paced, moving, deeply comic and sexy, I could not put it down.”–Clive Pearse, HGTV, Host of Designed to Sell and Design Star

Praise from the adoption community

“Alison Larkin’s book is magical – artfully written, laugh-out-loud funny, insightful and inspiring. People with adoption in their lives will simply adore it. And people without adoption in their lives (there are some, I’m pretty sure) will lose sleep as a result of it – because, no matter what time it may be, they won’t be able to stop turning the pages.”— Adam Pertman, Executive Director Evan B. Donaldson Adoption Institute and author Adoption Nation

The English American is a wildly comical, moving and poignant story. Think “Bridget Jones’ meets “Flirting with Disaster.” Alison Larkin successfully portrays in fiction the emotional journey of many adopted people and sheds light on the complexities of their world for real life families. Adoptive parents and birth parents alike can learn from Pippa’s struggle to navigate between both worlds.– Lynn C. Franklin, birth mother, author of May the Circle Be Unbroken: An Intimate Journey into the Heart of Adoption

The English American resonates with the realness of the emotional roller coaster of longing, doubt and elation that is a part of adoption search and reunion. This book illuminates the outrageous policies that deny adoptees access to their own birth information. With humor and wit Alison takes the reader on a journey that few outside of adoption truly understand–that families born through adoption are “real” but it does not take away the longing to know “who do I come from.” Alison Larkin has given an important gift to everyone whose life is touched by adoption.” — Susan Soon-Keum Cox, Vice President, Holt International Children’s Services

Alison Larkin’s book is dynamite! I could not put it down! It highlights why knowing the truth about oneself is so important on every level. I feel this book should be required reading for all prospective adoptive parents!–Ada White, Director of Adoption Services, Child Welfare League of America

The English American would be a best seller just because it is great and fun and deep but light – but it is also a chance for those who want to know more about the world of adoption to understand what we can do to improve the lives of the children (who become adults) in the word of adoption.–Dr. Joyce Maguire Pavao, CEO and Founder Center For Family Connections, Lecturer in Psychiatry at Harvard Medical School

Alison Larkin has written a book that is not only hilariously funny, but poignant and deeply moving as well. She gets the absurd complexity of an adoptee’s life down perfectly. Our heroine Pippa Dunn cracked me up, then broke my heart over and over. I was cheering for her the whole way.”–Susan Ito, co-editor, A Ghost at Heart’s Edge: Stories & Poems of Adoption

Alison Larkin’s hilarious yet bittersweet romp of Pippa Dunn’s reunion with her birth family made me think of Mary Poppin’s line – ‘a spoonful of sugar helps the medicine go down.’ Pippa’s journey aims an arrow straight to the heart of how secrets can damage peoples’ lives, and how sometimes, one has to travel to distant lands before they can find their way home. Simply brilliant.–Jean Strauss, bestselling author of Birthright, Beneath a Tall Tree and Forever Liesel. Filmmaker of Vital Records and The Triumvirate.