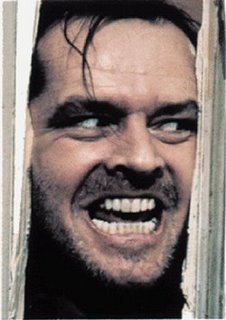 Recently our favorite Kalifornia Kollectivist and his prankster friends Assbs Bonnie Garcia and Todd Spitzer introduced AB 81, described as “almost identical” to last session’s Schwarzenegger-vetoed AB 1873, a bill which expanded the test drive time…er I mean, age of kids that parents can no-muss -no-fuss drop off anonymously at the neighborhood fire station. Currently babies no older than 3 days are eligible for legal dumping. Torrico wants to raise the age to 30 days to give moms time to decide if sleep deprivation, dirty diapers, and post-partum depression are worth it. (Be careful what you ask for Al!) If you don’t believe me, go to Stupid things Californians Say about Baby Safe Haven Laws. By the time AB 81 is over with, there will probably be enough material for Volume 2.

It’s one thing when the CranksRUs at Bastard Nation and other uppity adoptee and adoption reforms groups oppose a safe haven bill. What else can you expect? We’re selfish, spoiled, and ungrateful that we weren’t dumpsterized.

But AB 1873 was opposed by the heavy hitters of the California safe haven movement: impeccably credentialed LA County Supervisor Don Knabe and Debi Faris-Cifelli keeper of the Garden of Angels baby cemetery in Yuicapa. They, along with the LA County District Attorney, LA County Sheriff, California State Welfare Directors Association, and California Department of Social Services strenuously opposed the age expansion fearing that it would dilute the whole point of the original law which was a “safe haven” for mothers is a so-called “crisis” situation and keep babies in a dangerous or neglectful environment. They even used OUR argument that safe haven would be used as a way to get around traditional surrender. (heh! heh!) As Faris-Cifelli wrote to Schwarzenegger, “[AB 1873] changes the dynamics of the law.” No kidding! And Schwarzenegger agreed.

The extension of age limits is a natural growth of safe haven law. Dr. Pierce saw newborn legal abandonment as the nose nudged through the door for legal older child abandonment. If California lets this AB 81 pass, it will shove that door wide open.

BTW, inquiring minds want to know: Where does the National Safe Haven Alliance stand on this bill?