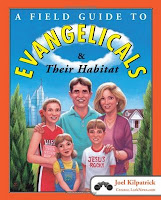 Baby Love Child has published stunning blog today: Adopting Kids Out of Satan’s Haiti for the Glory of His Kids & The Slowing of Child Export Flights. It is separate from her ongoing Hatian series.This is by far the best piece I have seen anywhere (and I’ve downloaded lots of stories and blogs) about babylifting, it’s impetus and purpose. This is a long piece that will turn the stomach of anyone concerned about the ethics and purpose of adoption. This is a small excerpt:

This from the “religion” section of their page on Haiti:

“Mission work in Haiti faces enemy onslaught as this is a country that is yearly dedicated to Satan in a contractual form. There are voodoo practices and worship of the dark.”

While some may find that statement rather stunning, it is sadly a more common attitude within the evangelical and “missions” subculture than many would care to think. Pat Robertson’s comments along these lines were merely a reflection of a commonly held belief across numbers of people within his subculture.

An historic explanation of the role of Voudou symbolism, language, and drumming is beyond the scope of this post, suffice it to say, all played a role in Haiti’s revolution, a fact that was not lost on slave owners in the United States and elsewhere.

The deliberate suppression of Voudou thus became important politically and culturally to as a means of maintaining control. After centuries of “demonizing” indigenous African religious practices brought to the west, few should be surprised when people in for example, Texas begin using such as a basis for “saving” children from countries and culture they are religiously unwilling to coexist with.

BLC’s blog also gives sickening details on the two babylifting “orphan ministries” I’ve written about in my last two entries: Maison de Enfants de Dieu ala For His Glory and HIS Home for Children.

As some of you know, one of my big interests outside of adoption is theocracy and theonomy and the emergence in the US of a theocratic state doctrine. Adoption theology plays a huge role in the evangelical promotion of that ideal state. Unfortunately, it is very difficult to articulate without a lot of Biblical and cultural context, both of which BLC puts into this piece.

This information needs to go out!

Addenda: Earlier today I signed up for the Maison de Enfants de Dieu email list. I to got my first mailing this evening. Kim Harmon, president of For His Glory Outreach calling for a nationwide day of prayer and fasting on January 28, to release the orphans of Haiti from the clutches of the evil Haitian goverment and UNICEF:

Unfortunately, there now seems to be a mountain standing between the orphans who remain in Haiti and the safe and loving homes of their adoptive families. That mountain is the Haitian Government’s new, and still undefined, exit process for children with foreign adoptive parents. With limited resources available to Haitian orphanages, this process has stopped the departure of orphans with humanitarian parole status and directly affects our ability to care for those children orphaned since the earthquake…

The press release is also published on the For His Glory website.

4 Replies to “IMPORTANT BLOG: "ADOPTING KIDS OUT OF SATAN’S HAITI…"”