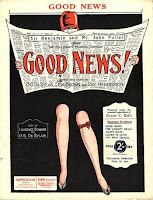 For once we have some good news!

California AB 372 is officially dead! The January 22 deadline for it to pass out of committee and on to the Senate floor went by with no action. Although nothing official has come from sponsor Sen Fiona Ma, her office told CalOpen that the bill would “will not be pursued.”

Astoundingly, CARE (California Adoption Reform Effort) as of tonight, has not seen fit to announce the demise of their bill on its website. It’s last update is dated May 28, 2009. That’s what we’ve come to expect, though, from fake reformers who scrub their website of their own history and embarrassing documents, dismiss an ideology of rights. embracing instead “non-emotional” wishes and desires”, (whatever that means), and posit that adoptees need to be “navigated by professionals” rather than ourselves. Veteran grassroots bastard activists who have actually gotten clean bills passed were ordered to take a hike by the dilettantes of CARE.

We’re sure CARE, like herpes, will come back. Jean Strauss and CARE are all over the March 18-21 AAC conference in Sacramento.

CalOpen and Bastard Nation continue to hold the line in California. There is much work to be done there, and it needs to be done by real bastards, not those of the Benedict sort, who (sorry to be trite), throw the baby out with the bathwater. If you’re from Cali and would like to help, drop CalOpen a line.

On the New Jersey front, the veto-laden S611/A752 never made it through the year end process. It’s dead.

Unfortunately, it’s risen from the dead in the form of S799 and A1406, similar if not identical to last session’s throw-away-our-rights-for-favors-for-some. What is this: Year 29 trying to get to bill passed, first clean and then pieces-a-crap? I feel bad for those people.I know some of them and like them. Really. But, as BB Church likes to remind us, if this were a job, they’d have been fired a long time ago. I fear the adoption-happy ACLU, crotch obsessed RTL Marie Tasy and her croaky bishops will just have to croak before rights are restored in Jersey.

There are some other bills pending, but at the moment reside in a state of confusion. Once they straighten up, well let you know.