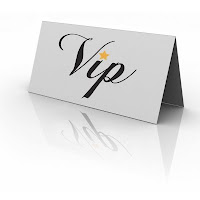 To read my other pieces on Haiti, please go to

The shark pool grows hourly. I’ve been reading news articles, blogs, and tweets of numerous mock heroic evangelical childlifters “leading” babies out of Haiti like they are Henry Stanley bringing out Dr. Livingston.

But just a few days ago, it wasn’t the never-heard-if-’em church crowd, but important people, connected people, people who aren’t connected but know somebody who is connected that lead them out. I may write more about this at some later time, but tonight I’m adding three quotes about the Rendell lift as a supplement to what I wrote earlier today. This is about important people and priviledge–in their own words. The quotes are from an article accounting in great detail Rendell’s “rescue mission” into the heart of darkness I missed earlier today.

It’s Who You Know: The White House
...”I called the White House and told them I had two constituents who wouldn’t leave those kids,” the congressman said.

“Over a period of hours it was cleared by the National Security Council. Everyone at the State Department who was involved with this issue dropped what they were doing,” Mr. Altmire said…

Expediting Adoptions : Get ’em while they’re hot!
Catholic Charites (sic) also set up a “comfort room” on the third floor of the John G. Rangos Sr. Research Center adjacent to the hospital. at Children’s Hospital where children can sleep, play and be comfortable while awaiting placement with their adoptive or foster families, she said. The Red Cross stocked it with bedding and “we purchased additional toys to make it as homey as possible,” Ms. Kushma said.

The children are now in the comfort center eating chicken fingers and pizza. The younger children are eating baby food, bananas and playing with teddy bears.

Allegheny County Children Youth and Families will begin to work to process the children, many of whom have clearance for adoption. A family court judge will set up across the hall from the comfort room to handle placement of the children.

UPMC helped arranged the Republic Airways plane, which left Pittsburgh at noon Monday and landed in Port au Prince Monday about 6 p.m. He said the fact that he was aboard did speed up the plane’s ability to land on the one runway at the busy airplort (sic).

(Doesn’t the P-G have a proofreader?)

17 Replies to “HAITI: A LITTLE BIT ABOUT IMPORTANT PEOPLE IN THEIR OWN WORDS”